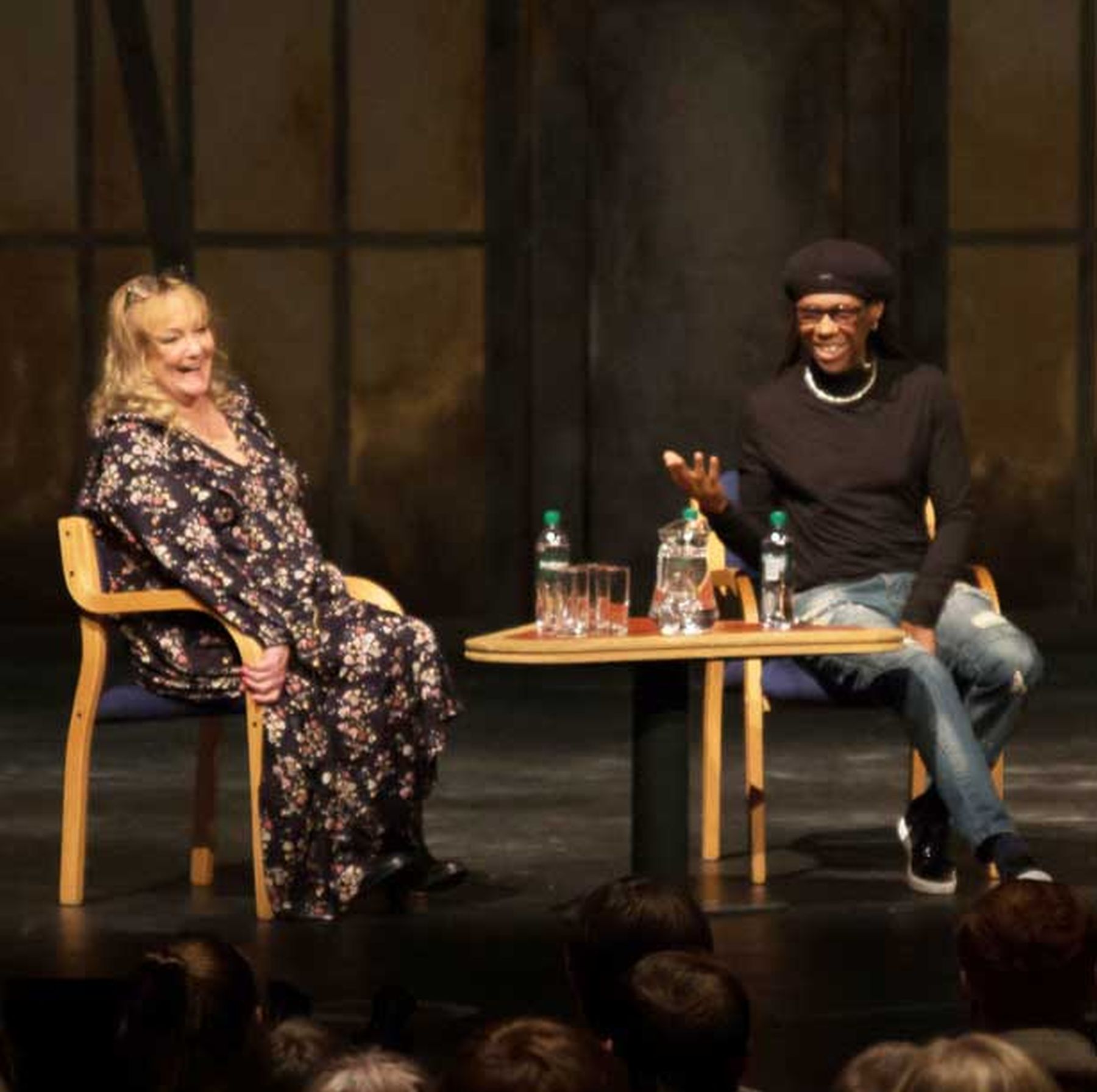 Janice worked regularly with our performing and making performance possible students. She hosted our Live London Music Showcases and more recently the online broadcasts of our regular gig night, The 2ube and our annual music festival in the Paul McCartney Auditorium, The 2ube Xtra. Keith Mullin, who’s Subject Leader: Music Professional and Course leader: MA in Music Management, worked with Janice at LIPA: “There was no ego with Janice whatsoever. She was such a genuine person who was so enthused by what the students were doing.

“She loved coming into LIPA. When she was working on The 2ube she’d get the bands to come in early so she could meet them, listen to their music and get to know them. Janice had a way of putting them at ease straight away. It was a fantastic experience for our students and a real privilege for us all to spend time with her.”

Janice also took part in industry Q&As with our students, hosted Masterclasses, including sessions with Nile Rodgers and Damon Albarn, and was a regular guest at our graduation ceremonies. In 2014 our Lead Patron Paul McCartney awarded her the title of Honoured Friend in recognition of her continued support. She also worked on a documentary with us called Life at LIPA, which was broadcast on BBC Radio 4 in 2016.

Famous for her passion for new music, Liverpool-born Janice was a broadcasting pioneer. She was the first woman to have a regular weekday show on BBC Radio One, the first to become a regular presenter on Top of the Pops and in 1985 was chosen as one of the BBC’s main presenters for its huge coverage of the Live Aid global charity concert.

Keith, who is also a member of The Farm, had known Janice for over 30 years. He says The Farm – and many other bands – owe Janice a debt of gratitude. “Janice, along with John Peel, was a pioneer when it came to new music. If she liked something she would play it. Janice was bold and brave enough to do that.

“She was integral to the development of The Farm – and so many other bands. We recorded quite a few sessions for Janice’s show. She was responsible for our initial exposure to the world and raising the public consciousness of our work.”

As well as her work on Radio One, Janice also presented regular programmes on BBC 6 Music, BBC Radio Two and XFM. She co-created Liverpool radio station Crash FM (which became Juice FM and is now Capitol Liverpool). In 2017 she joined BBC Radio Wales, broadcasting four nights a week, and in 2020 started a weekend show on Greatest Hits Radio.

Keith says Janice was one of a kind: “She was so lovable, warm and intelligent. So easy to get on with. I have so many lovely memories of spending time with Janice, at gigs, in dressing rooms and here at LIPA.

“I feel honoured to have spent so much time with her. Her death is such a tragic loss, it’s the end of an era. We all miss her.”
Janice Long passed away on 25 December 2021. Our thoughts are with her family and friends.

Image: Janice Long and Nile Rodgers at LIPA in 2017