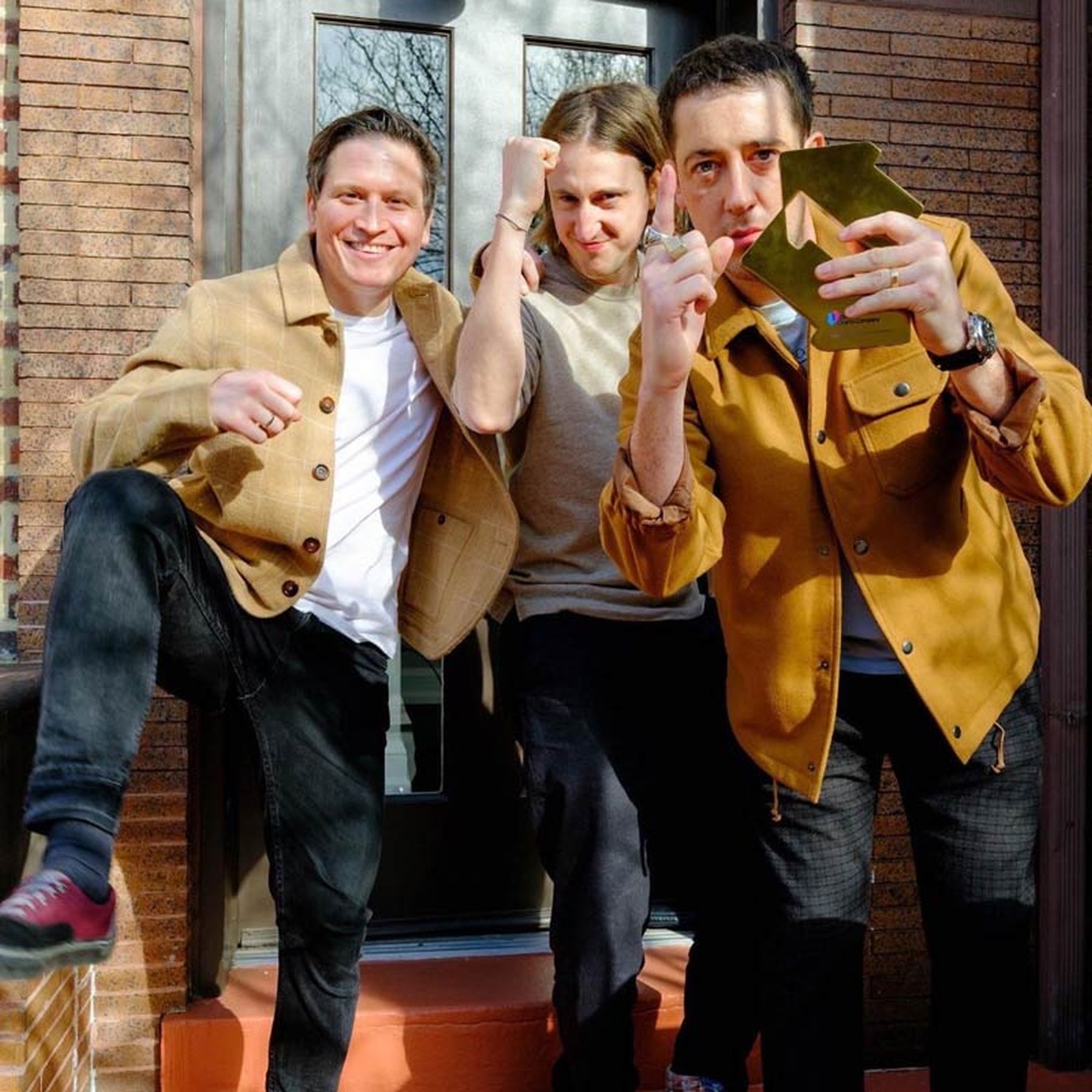 Fix Yourself, Not the World was released on 14 January and entered the UK album chart at number one a week later.

Formed in 2003, The Wombats are made up of Matthew ‘Murph’ Murphy (Music, 2006), Dan Haggis (Diploma of Popular Music and Sound Technology, 2003) and Tord Øverland Knudsen (Music, 2006). They are managed by Management graduate Simon Bobbett (2005,) who they also met during their time here.

Fix Yourself, Not the World is the band’s fifth album. Simon Bobbett says securing their first number one felt momentous. “It is such a massive milestone for the band and me. We weren’t sure how we would feel, but we definitely felt a huge sense of achievement – and I’m still buzzing now to be honest.”

The success of Fix Yourself, Not the World follows on from their number three album Beautiful People Will Ruin Your Life and their first UK arena shows in 2018. Simon thinks Murph’s songwriting is an important part of their continued growth. “His songs and lyrics connect with a young audience, but also appeal to a wider, older audience. It means we’ve been able to keep our original fans with us at the same time as appealing to new ones.

“Spotify also played a huge part in this growth, with our older music sitting on playlists that helped younger fans discover the band and their back catalogue.”

Writing sessions for Fix Yourself, Not the World started in 2019 and despite the pandemic they were able to continue in 2020. By the end of that summer, they were ready to start recording. But with the band based in three different countries (Murph in the US, Dan in the UK and Tord in Norway and then later London) they had to devise a new way of working, with daily Zoom meetings before recording their parts remotely.

The album was completed by February 2021. At that point the UK was back in lockdown with a date for the resumption of live performances uncertain. The band didn’t want to sit on the recordings, so they and Simon devised a campaign that used multiple digital platforms and social media. Simon explains. “We started releasing the first music in May 2021 but decided intentionally to keep this low key and more of a taster for fans ahead of the first radio single in August.

“We used this time (between May and August) to get our younger fanbase engaged, while also working on new platforms we hadn’t used in the past, including Tik Tok and Discord.”

For Simon, a crucial aspect of the campaign was timing. “We had to ensure we weren’t leaving ourselves huge gaps in between new releases, but we also didn't want the audience to feel fatigued by the time the album dropped nearly a year later.”

Following the success of Fix Yourself, Not the World (which was mixed by Sound Technology graduate Mike Crossey) the band are concentrating on live performances, and have another couple of firsts in their sights. Simon explains. “We are excited for our first South American trip in March. It has been a market that has been building really nicely for the band in recent years, so I’m looking forward to seeing the audience reaction out there.

“I am also excited about the band’s first gig in the metaverse (a network of 3D virtual worlds focused on social connection) in April. They’ll be the first band to play the Sandbox space, so it could be another monumental moment for the band.”