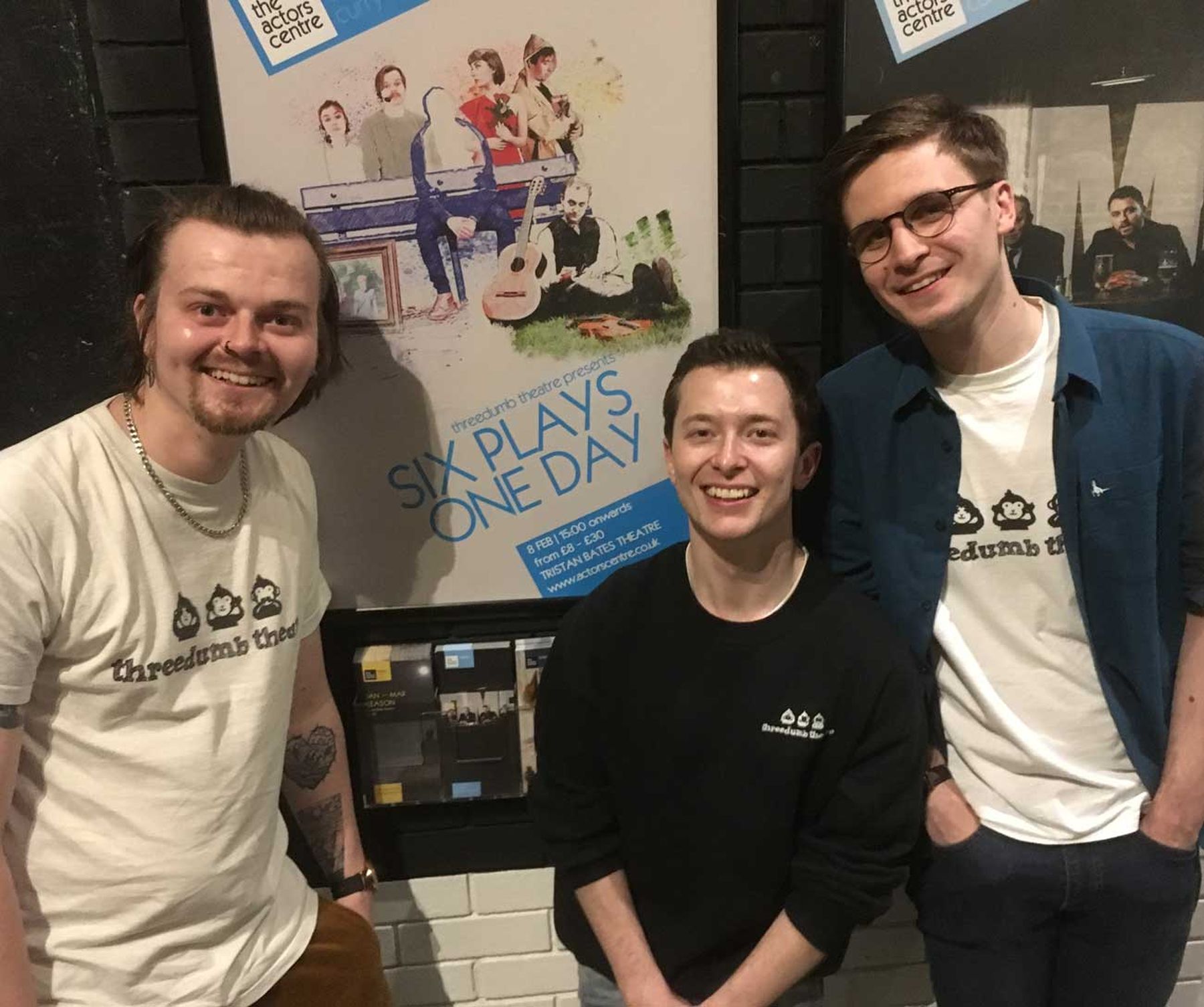 The event - organised by Threedumb Theatre, a company set up by LIPA Acting graduates - is a celebration of new writing. This year all six one act plays were created, produced and performed by LIPA graduates and students.

Threedumb Theatre was founded by Matthew Bromwich, Duncan Riches and Stephen Smith, who graduated in 2017. Duncan says LIPA’s ethos of creating your own work inspired them. “LIPA are so good at reinforcing this, and giving you the tools, skills and opportunities to make your own work.

“We created Threedumb to give creatives the platform and freedom to produce their own work. Six Plays One Day is literally the epitome of that.”

Matthew says having a shared background was “invaluable” in setting up and staging the event. “LIPA is a great school for collaboration; it’s one of the main mantras there. It’s a very natural thing for us as LIPA grads to call upon our LIPA network to get something up and running.”

Six Plays One Day evolved after the company booked the Tristian Bates Theatre for a London performance of DOG/ACTOR last year. As they had the venue for the whole day, they asked friends whether they had any material to perform.

Following the success of the first year, Stephen says they were able to expand. “We were more ambitious with our schedule and the plays involved - most of them had a lot of set, in comparison to last year, as well as many more people involved.”
This year’s event featured 24 graduates (22 Acting, one Sound Technology and one Theatre & Performance Technology) and, for the first time, four Applied Theatre & Community Drama students. They performed Is Trying Enough? Cameron Dobson, who is in the final year of the course, says meeting the graduates was really useful. “We’ve formed our own company, Broken Glass Productions, so seeing how Threedumb Theatre work has helped us a lot for our next production.” Fellow third year Melissa Hale, who wrote and directed the play, adds: “We were able to talk to them about promotion, social media, how to keep the momentum going. It was a real learning experience.”

For organisers Matthew, Duncan and Stephen, one of this year’s highlights was the number of fellow graduates and LIPA staff who came along to watch. Stephen says “I found the support overwhelming. I couldn’t believe the amount of people who came down to see it. We even had some LIPA grads fly over from America especially.”

Among the audience was LIPA Founder Mark Featherstone-Witty. He was impressed by what he saw. “The first show started at 15:00 and the last finished at 22:00. And yet the time whizzed by. All were new pieces… and such variety! One person to ensemble pieces, comedy, tragedy and delightful mixtures of both.”

Threedumb Theatre are taking their critically acclaimed production of Stephen Berkoff’s DOG/ACTOR on tour in June and July. You can find out more here.

Six Plays One Day is sponsored by LIPA and will return in 2021.