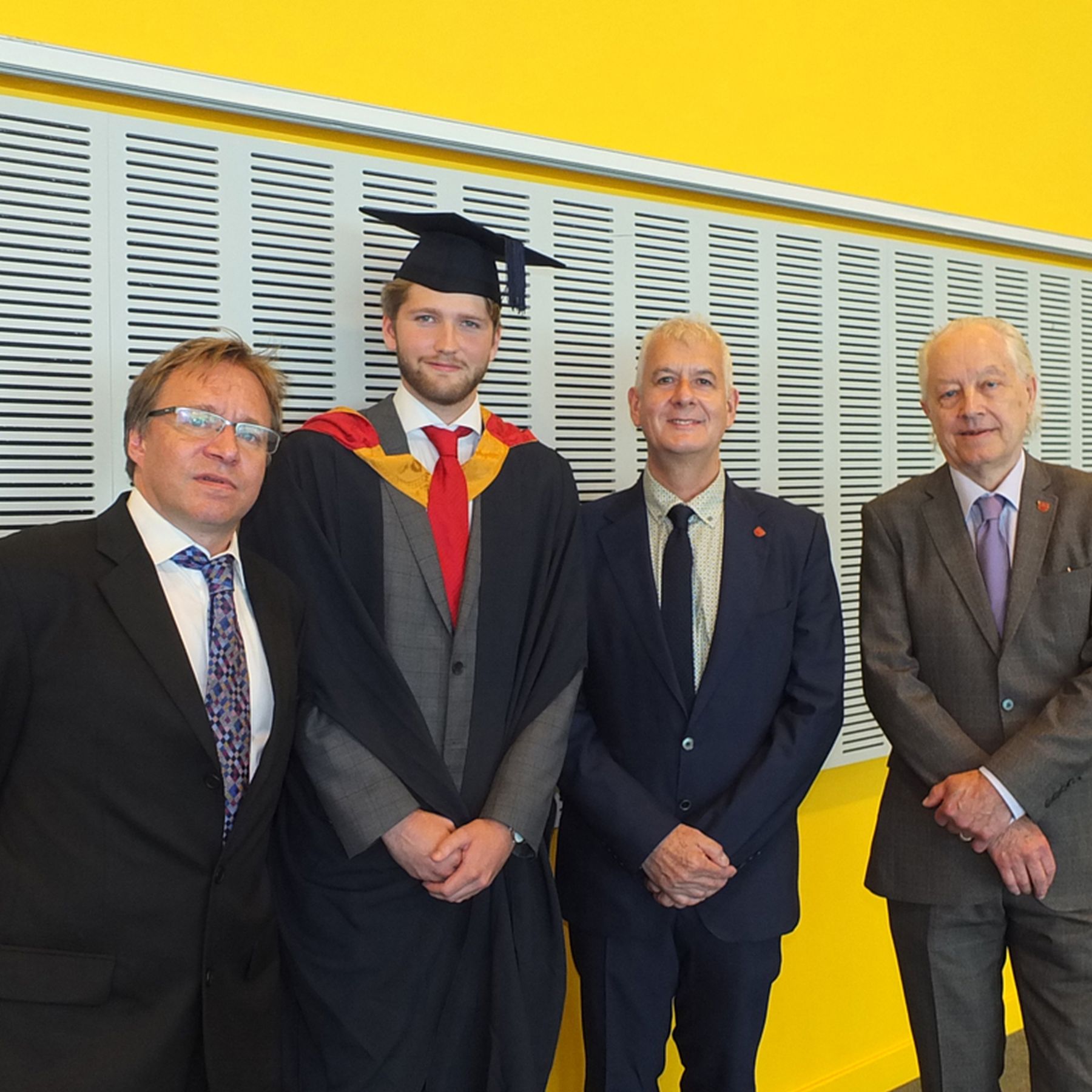 Launched in 2010, the MPG Prize is awarded annually to a graduating student from BA (Hons) Sound Technology and delivers enormous career benefits to winning students. This year, there is an added bonus for Sivert as he will also have the opportunity to spend time with A&R veteran Chris Briggs, winner of the 2016 MPG A&R of the Year Award.

Prominent MPG Awards winners continue to be very supportive of the initiative and generously give their time and encouragement to help a young person starting out in the recording business. There is also support from equipment manufacturers such as Avid and AMS Neve, which this year is adding to the prize by giving Sivert a 1073N Mic Preamp and EQ.

Based in Norway, Sivert Hagtvet has a classical music background as a violinist. He began playing with local bands as a teenager. While playing with local bands he developed an interest in sound recording, which led him to sign up for the LIPA degree course. He has now returned to Norway and is working with a composer to create music for commercials. He works from a recording studio complex in Oslo where he is setting up his own production room and enjoys fusing acoustic and virtual instruments to create a modern sound.

He says: “I’m really honoured to win the MPG Prize and I am looking forward to the spending time with top recording professionals. I hope my experiences over the next year will enable me to learn more and enhance my production skills. I am also thrilled to win an AMS Neve preamp, which will certainly be useful in my new production room.”
The MPG 2016 Prize was presented to Sivert by producer Steve Levine and MPG representatives Tony Platt at this year’s graduation ceremony, which was also attended by our Lead Patron Sir Paul McCartney.

Tony Platt says: “Maintaining a realistic connection between the actual music industry and education becomes ever more difficult when the opportunities for young and aspiring engineers and producers are so limited. The qualities of enthusiasm and determination are therefore ever more required. LIPA prepares all its students for this challenge and the Sound Technology degree regularly graduates students who are already industry savvy. Therefore, this winner is really the ‘creme de la crème’ and MPG is delighted to be able to support him in his first year. I would also like to thank all the mentors and sponsors whose contributions make this prize so worthwhile.”

He will spend two days at Air Lyndhurst, MPG 2016 Studio of the Year; attend an orchestral recording session with Award-winning engineer Haydn Bendall; attend a mastering session with Barry Grint from Alchemy Mastering and shadow producer Steve Levine during a session at his studio in Liverpool. Sivert’s technical expertise will be enhanced by spending a day at Avid’s UK headquarters where he will receive in-depth tuition on the company’s flagship Pro Tools S6 controller. Throughout the year he will be mentored by various MPG members including Tony Platt, Mick Glossop, Gareth Jones, Bruno Ellingham and Cameron Craig.