Red and Black: The student experience 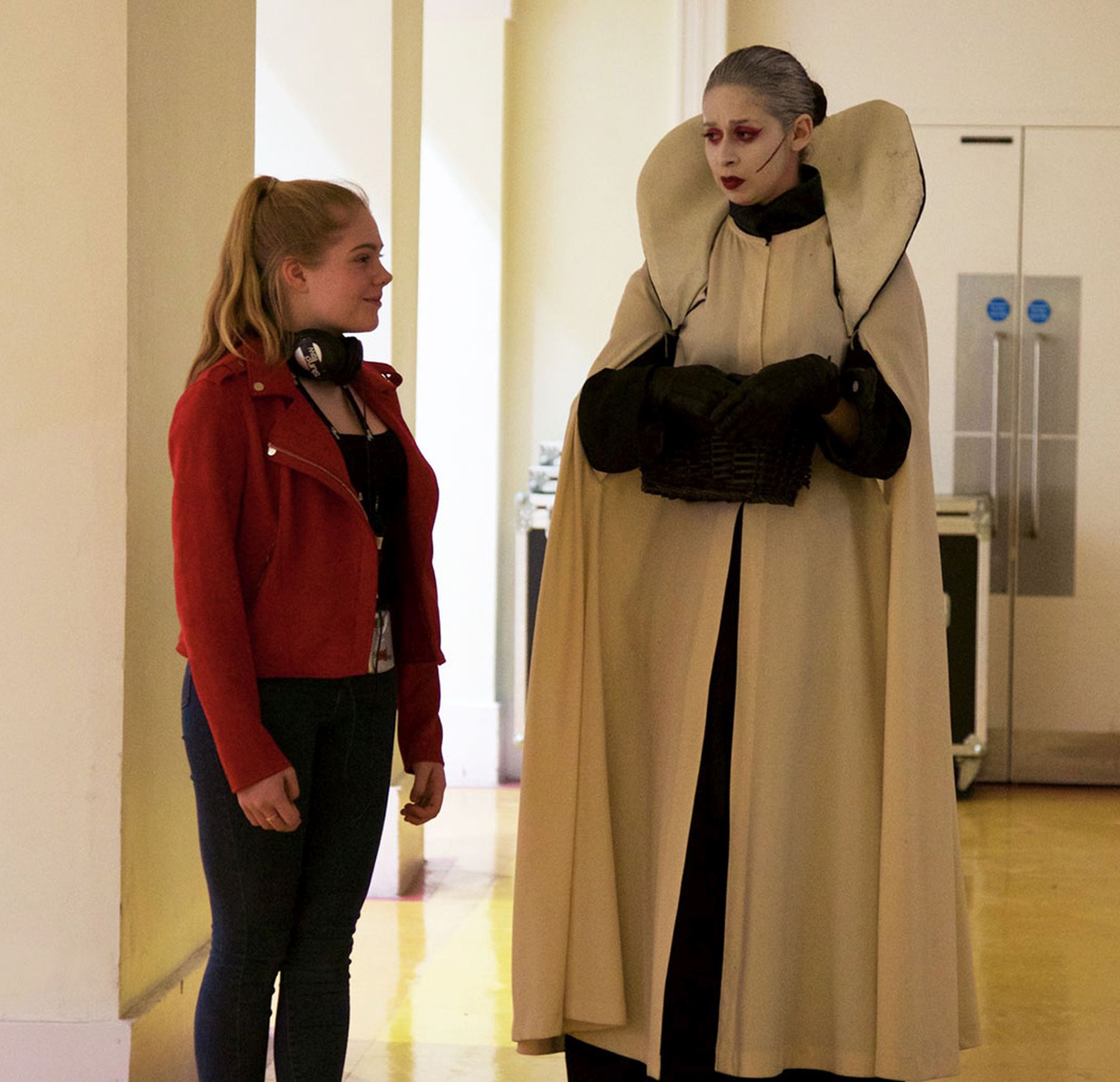 The site-specific production, which was called Red and Black, ran for 12 performances over six days in May 2018. The collaboration between Slung Low and students started with weekly sessions in January. From April the company’s Artistic Director Alan Lane and Community Director Sally Proctor based themselves at LIPA working with students at a professional level on a day-to-day basis for seven weeks.

Theatre & Performance Technology student Andreas Nielsen was Production Manager on Red and Black. “That professional routine over seven weeks was phenomenal. Starting each day with a production meeting and then working on what came out of that meeting.

“Repeating that day after day and working with so many different departments taught me a fearlessness.”

Red and Black had a student company of 211 including a cast of over 100. Students from Acting, Applied Theatre & Community Drama (ATCD), Dance, Management, Music, Sound Technology and Theatre & Performance Design and Technology were part of the production with all students able to have direct input on content and narrative.

ATCD student Lydia McGuiness worked with a Merseyside community group devising a piece that was part of the eventual promenade performance. “Getting to work offsite with a community group for an extended period and then bringing that performance into LIPA to be part of a huge production was amazing.

“The performances were so rewarding and being part of that spectacular ending outside the cathedral is something that will always stay with me.”

Red and Black featured 16 different performances in 16 different locations in and around LIPA’s buildings with a grand finale off site at the nearby Anglican Cathedral’s gardens. It reflected the growing trend within the performing arts sector of theatre being created and staged outside of traditional spaces.

Management student Joshua Ford was Red and Black’s producer. He appreciated the chance to gain experience of working on a show of this scale. “The experience and what it’s added to my CV has been invaluable. There’s no way I would have got that kind of training from any other institution.

“The dream for me is working on large-scale cultural events and the process Slung Low used with us on Red and Black replicated that.”

In 2019 LIPA students will be collaborating with award-winning international physical theatre company Gecko to create a new piece of work. Parts 1&2: An Invented Work will be performed May 23 - 28.