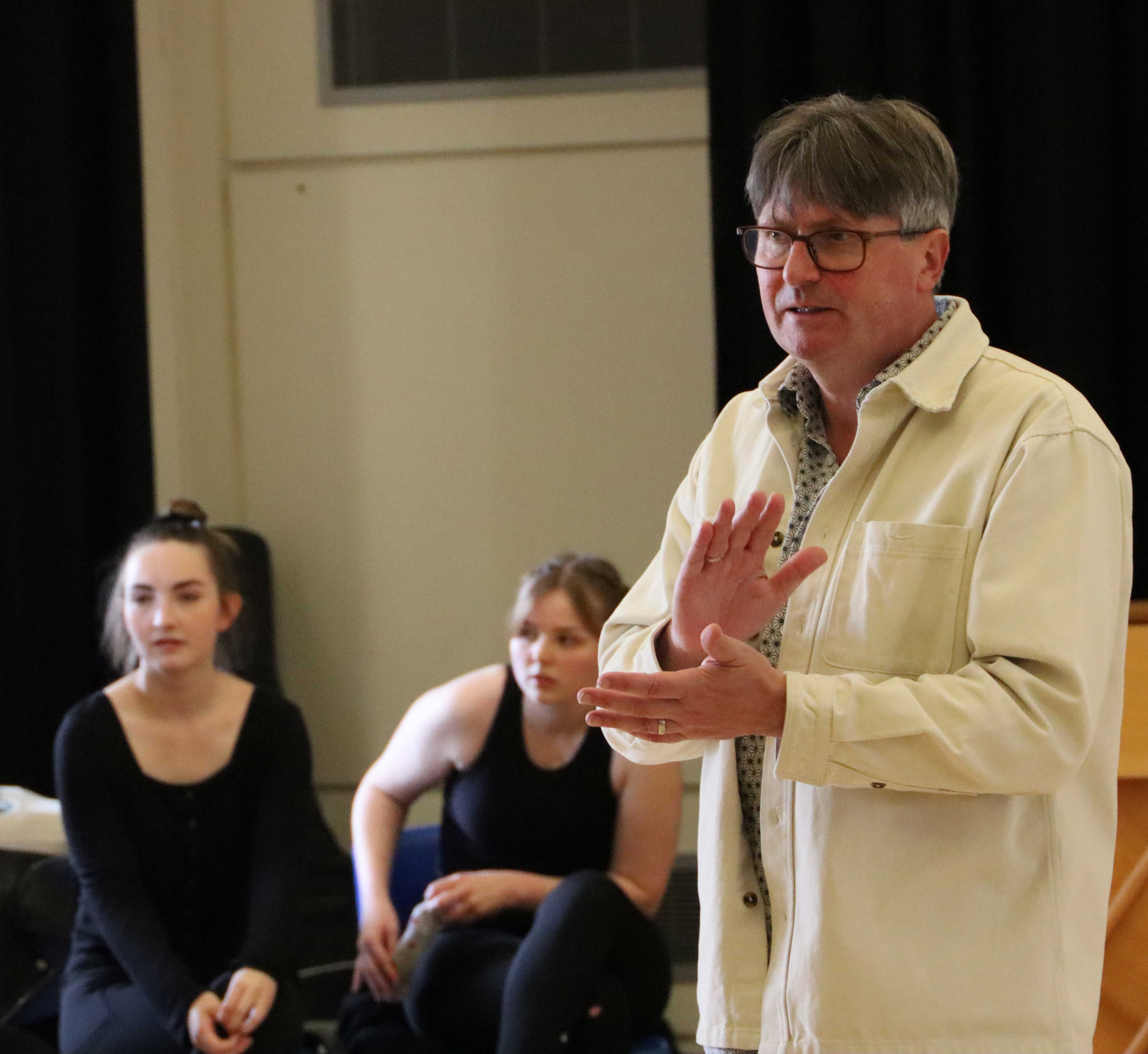 Poet Laureate, Simon Armitage is working with students at the Liverpool Institute for Performing Arts (LIPA) to bring one of the world’s oldest poems to life in a series of inventive performances.
Simon, along with the band LYR and director Nick Bagnall, are collaborating with students as they devise a new production based on the ancient epic poem, Gilgamesh. Work started at the end of April and Simon is thrilled with how it’s going. “I’m absolutely loving it, especially the energy and motivation of the students.

“I occasionally go into schools and universities and sometimes students can be a little bit shy and they hold back, but there’s clearly an atmosphere here of being on the front foot. Having the opportunity of being able to harness that energy is very, very exhilarating.”

Gilgamesh is from ancient Mesopotamia and is regarded as one of the earliest surviving pieces of notable literature. It’s the story of a mythical king and their search for immortality. Simon explains how he pitched it to students. “I presented it to them as Gilgamesh being one of the oldest poems in the world and that they’ll be doing the most recent performance of it. So, what we’re doing is joining two very distant periods of time.”

I’m absolutely loving it, especially the energy and motivation of the students.
Simon Armitage, Poet Laureate

Featuring contributions from Acting, Management, Music, Sound Technology and Theatre & Performance Design and Technology students, Gilgamesh will be a promenade performance. Simon says it lends itself to this style of presentation. “It’s a journey poem, it’s a quest story so it seemed like a natural thing to do.”

As part of the devising process Simon has been working closely with some of the students on the text. “I’ve been writing with about a dozen students who’ve identified themselves as writers, we’ve been finding new ways to generate text as we don’t want to rely on any one translation.

“I’ve been encouraging them to think in terms of different language systems and not just the old rhetorical poetry and they have been dropping in modern references.”

LIPA’s work with Simon Armitage and LYR is the latest in a series of high-profile collaborations with leading industry figures. Over the last four years Slung Low, Gecko, Peepolykus and imitating the dog have all worked on productions with students. Gecko’s collaboration, The Show and The Centre, were part of its initial R&D for its upcoming National Theatre show.

Head of Acting, Will Hammond says he’s excited by the collaboration. “The opportunity for our students to work with the Poet Laureate and create something vital, fresh and new from this ancient work captures our spirit of invention and innovation.

“Quite what this production will become is entirely down to the creative forces and contributions of all involved - Simon, the musicians of LYR, Nick Bagnall's boundary-breaking direction and, of course, our students’ imaginations and creativity. I can't wait to see what's generated."

Featuring spoken word, music, movement and puppetry, Gilgamesh will be performed on 2, 3 and 4 June.