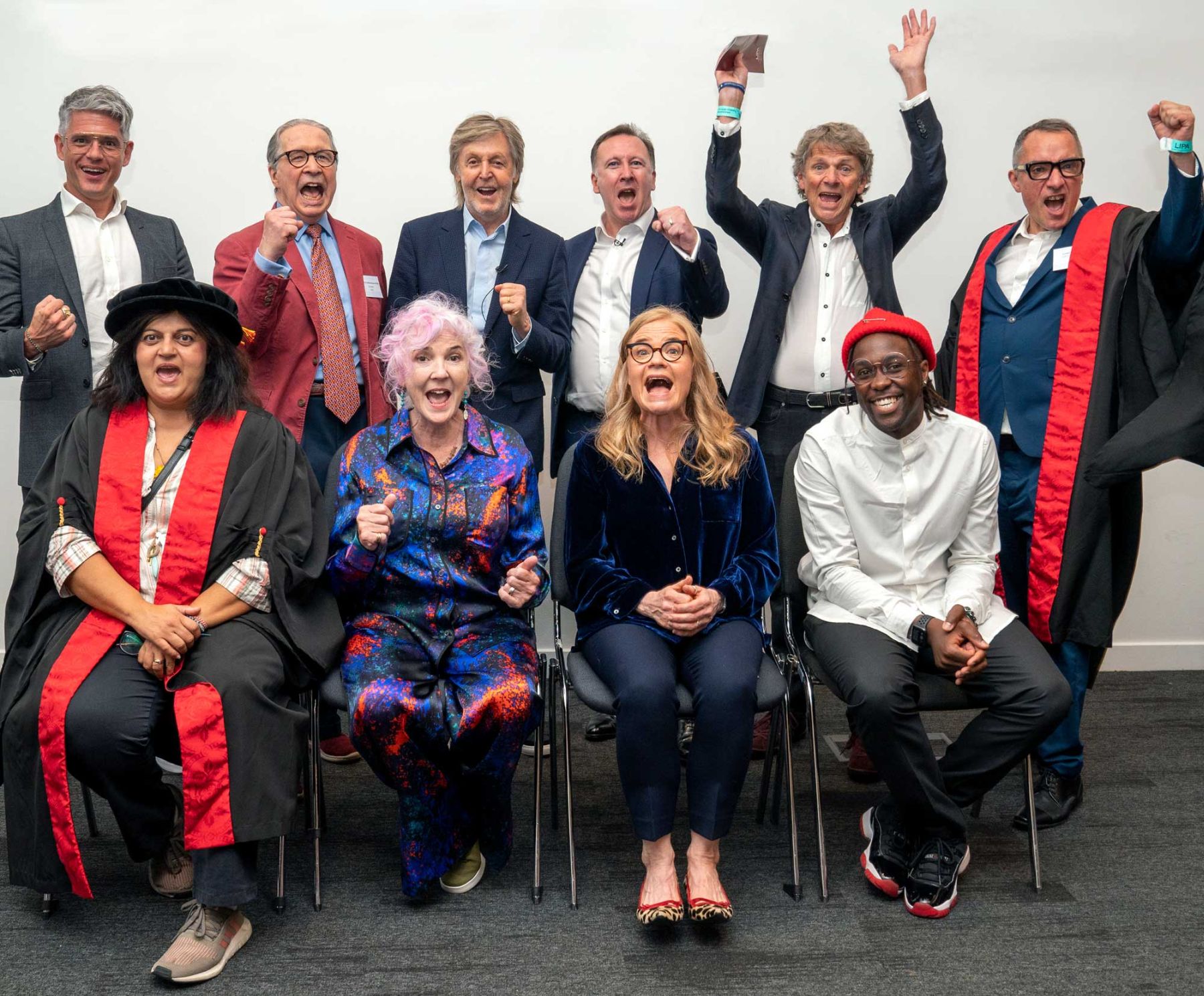 The annual events, which Paul regularly attends, were put on hold in 2020 and 2021 so they could take place in-person later. It means that three years of graduating students took part in this year’s ceremonies (2020, 2021, 2022).

Throughout the pandemic Paul was able to stay in touch with LIPA by running his annual songwriting mentorship sessions online as well as taking part in an online Q&A with students and staff. However, this year’s graduation was the first time he’s met students in person since 2019.

Over 800 students from 30 different countries (including Norway and a wide range of European countries as well as Singapore, Thailand, Ukraine, and the United States) graduated having completed either degree or foundation certificate programmes.

The ceremonies, that took place at the ACC Liverpool on the 25 and 26 July, were the last for founder Mark Featherstone-Witty, who decided to retire as Principal and CEO in 2021, and the first for new Principal and CEO Sean McNamara. Sean says: “The world in 2022 is very different to the pre-pandemic one that existed when our graduating students entered LIPA. The experiences of the last three years have been underpinned by the forging of new friendships, development of new skills, a determination to continually move forwards as artists and creatives and an enduring sense of hope and kindness.

“The resilience and positivity that our graduating students have shown over the last three years has been an inspiration and I believe these qualities will see them successfully embark upon the next stage of their careers. We are immensely proud of them and extremely excited to watch them progress towards the next chapter in their lives.”

Yaw Owusu, who is curator of the Liverpool International Music Festival (LIMF) and senior manager of PRS Foundation’s POWER UP initiative, was made an Honoured Friend.