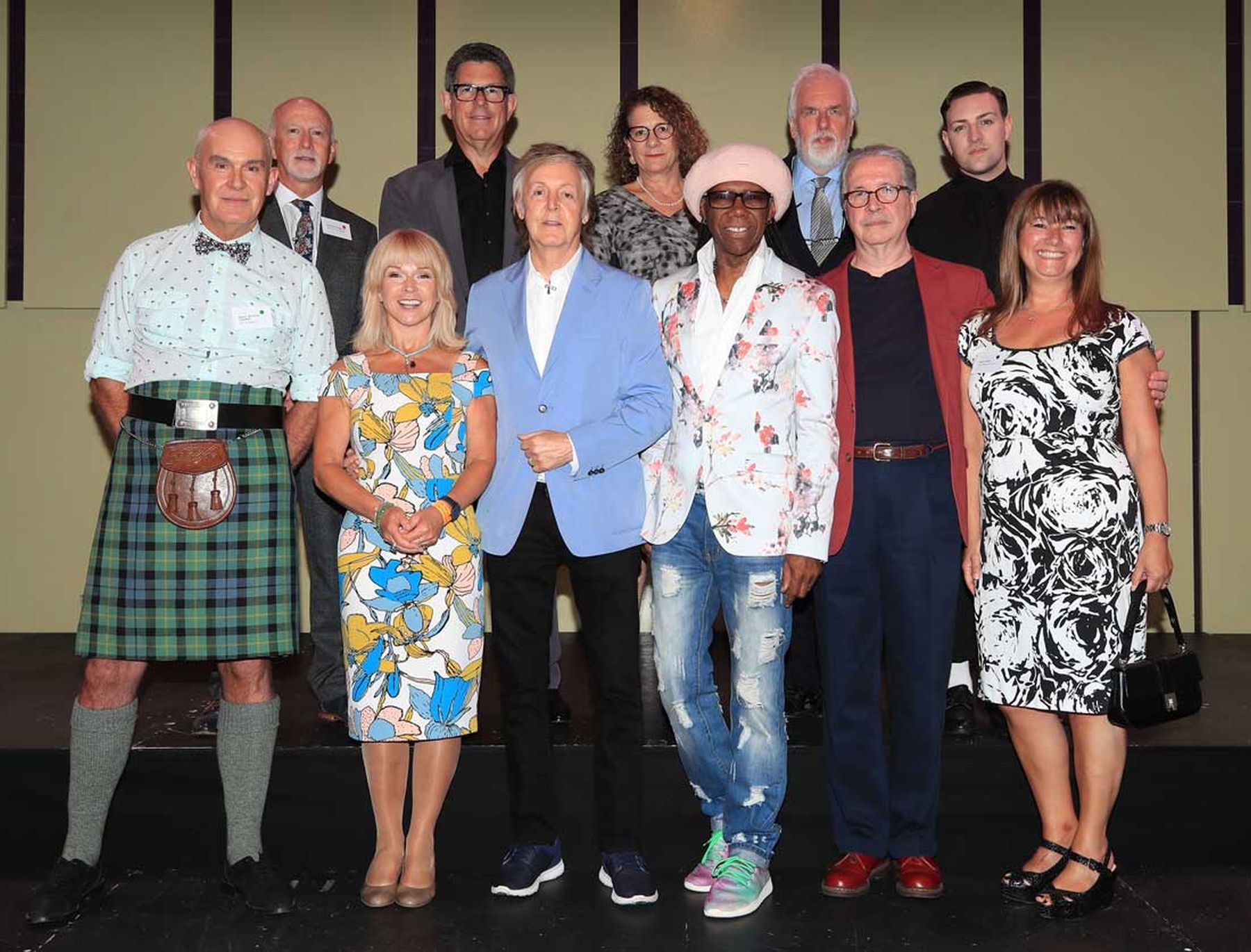 The award-winning composer, producer and guitarist was one of seven luminaries of the arts and entertainment world to receive the accolade from LIPA’s co-founder Sir Paul McCartney at the Institute’s annual graduation ceremony. Nile, who co-founded the ground-breaking disco band Chic in 1976, is one of the industry’s most sought-after producers and collaborators and was inducted into the Rock ‘n’ Roll Hall of Fame last year.

Toyah Willcox - who’s maintained a successful career as both a musician and an actor for over 40 years – was also made a Companion.

Mark Featherstone-Witty, LIPA’s Founding Principal and CEO, said: “With our government hell-bent on narrowing the secondary school curriculum to exclude the arts, I worry how long we can continue to celebrate achievement in the creative and performing arts. Soon all we will be left with is TV talent shows that are all about the performers and not the legions of people making performance possible.”

LIPA is located in Sir Paul McCartney’s old school, the Liverpool Institute for Boys, which underwent a multi-million-pound renovation to turn it into a state-of-the-art performing arts higher education institution. It was founded by Sir Paul and Mark Featherstone-Witty. It opened in 1995 with the aim of providing the best teaching and learning for people who want to pursue a lasting career in the arts and entertainment industry, whether as performers or those who make performance possible.