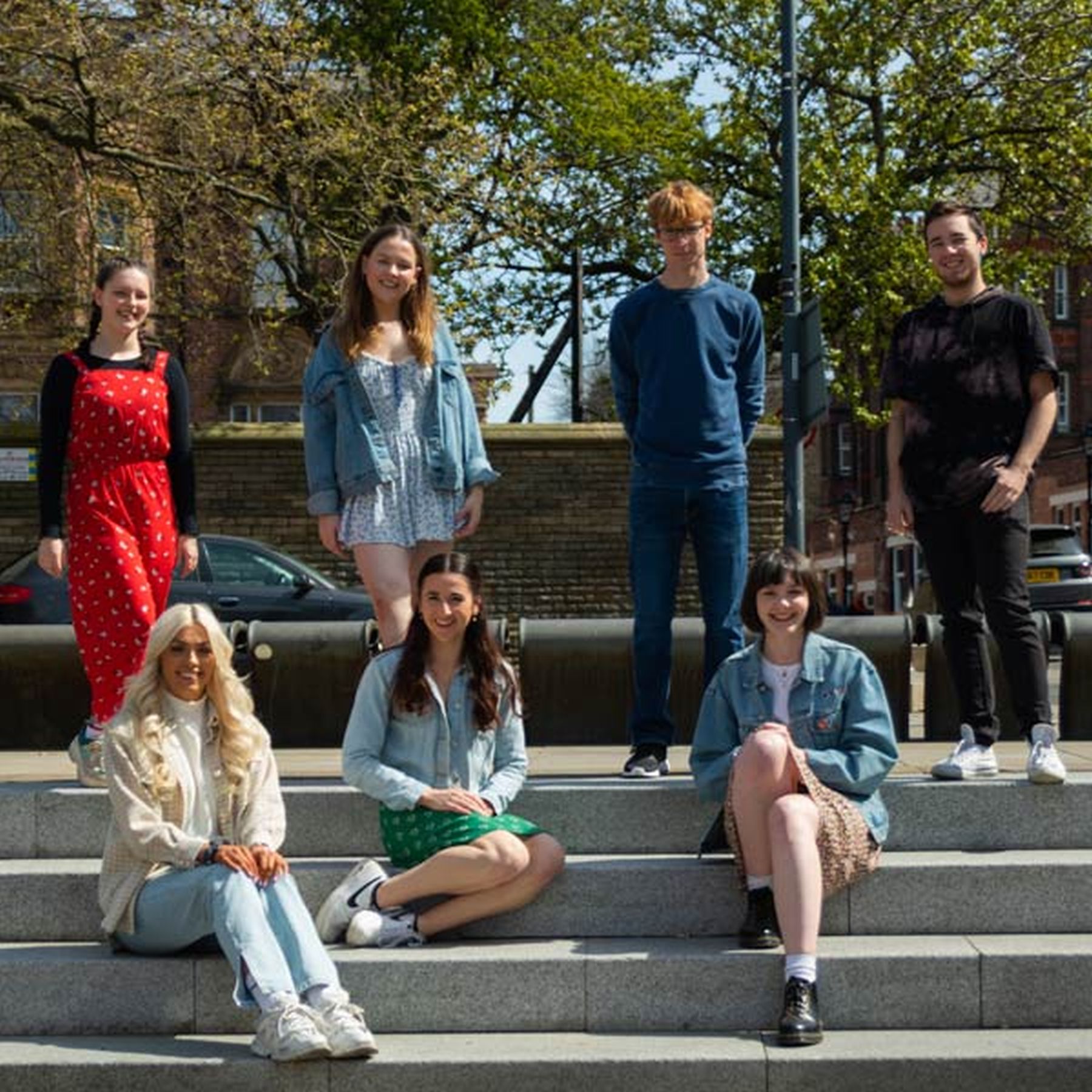 Students from Acting, Dance, Management and Sound Technology all make contributions. First to sign up was Management of Music, Theatre, Entertainments and Events student Anya Weston-Shaw.

Anya, who’s a second-year, explains how she got involved. “As Management students we get regular emails with details of projects we can work on to gain experience. One of them was a chance to work with music producer Steve Levine. He’s a legend and I’m a big fan of his, so I jumped at the opportunity.

“When I first applied to do it, I didn’t realise it was for the BBC World Service. To be part of something that is so big is great. It’s been a fantastic experience.”

Commissioned by BBC World Service, U.Me: The Musical is a love story set in the pandemic. Featuring new music by Theo Jamieson (previously music director for Everybody’s Talking About Jamie and Here Lies Love), it is narrated by Stephen Fry and stars Anoushka Lucas and Martin Sarreal.

Steve Levine, who is a LIPA Companion, is the show’s musical producer. Working remotely Anya was tasked with recruiting fellow students to provide crowd sound effects (known in the industry as walla). Then working with Steve and the show’s producers and directors, she had to arrange the recording session.

Anya says she was given a lot of responsibility. “It’s been really nice to be trusted with such a big management role. At first, I thought it was just going to be booking a rehearsal room and making sure everyone turns up, but I’ve been much more involved than that, I’ve had to coordinate so much.”

The walla team was made up of Dance students Elizabeth Woodford, Brittany Feeney, Saskia Rudge-Thompson and Ellie McDonald along with Acting student Cory Sapienza. Recording engineer for their session was third-year Sound Technology student Oliver Priestley. Like Anya, Oliver was surprised to discover he’d be working on such a major production. “I had no idea I was part of something so big until the day of the recording. But you’ve got to jump at every opportunity you get.”

Oliver describes the recording session as “smooth” but says making sure it was COVID secure did add complications with him having to be part of a three way Zoom call with Steve Levine and the show’s directors throughout. Oliver says he wasn’t thrown by this new way of working. “One of the biggest things the course has taught me is problem solving. To work through something logically and figure it out on your own.”

U.Me: The Musical has its world premiere on BBC World Service on 12 May and is also being made available as a podcast. Anya says the experience was inspiring. "I’ve learnt it’s possible to stage a full radio musical in just five months. There may be a pandemic, but people are still being creative. Creativity can’t be stopped which is great to know.”