LIPA students want to get back to Abbey Road 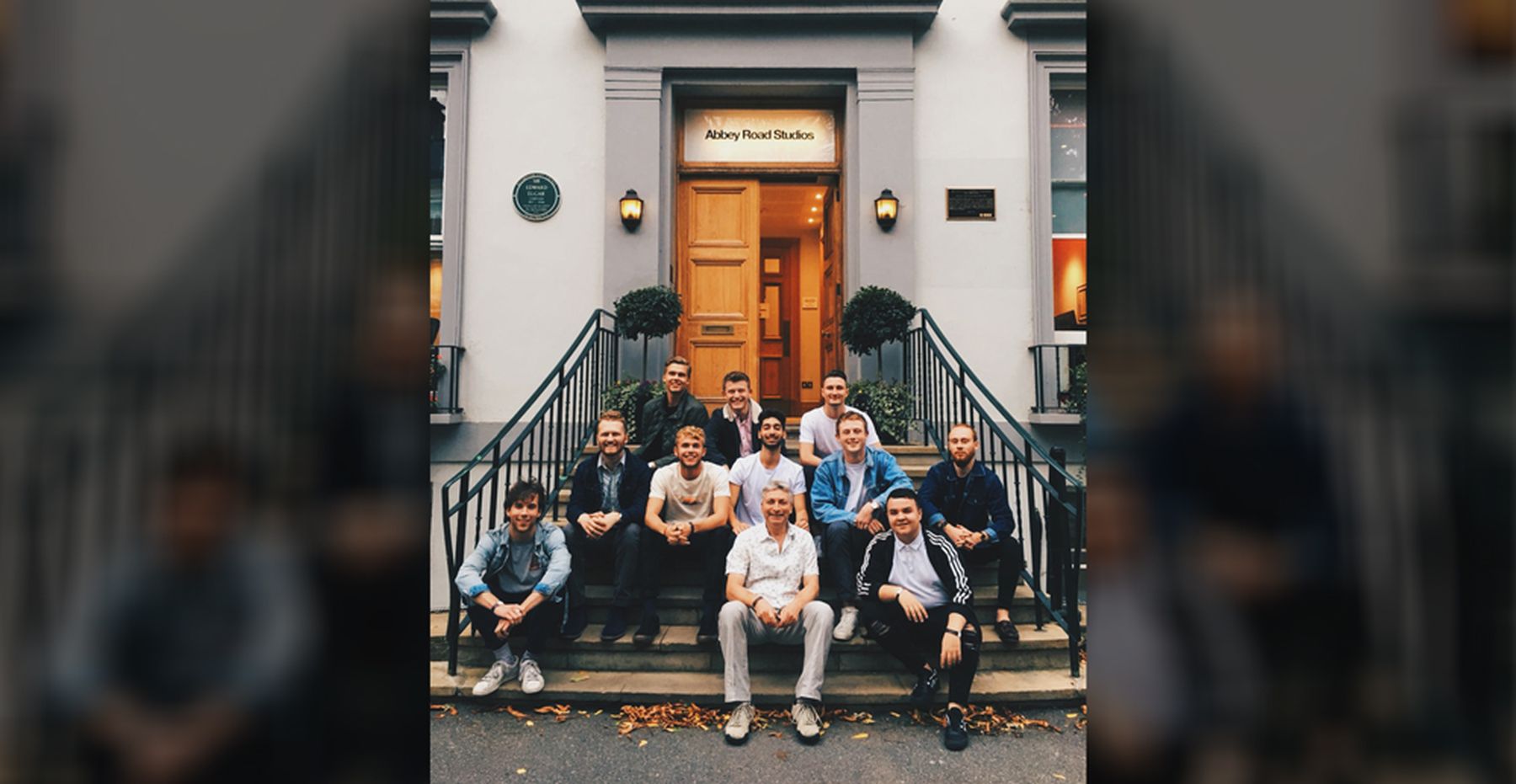 Third-year Music student Gili Goldberg took eight-piece band Tucan (made up of third- and second-year Music students) to the studios on 20 September, where they recorded their track Flight. “At first we were shocked that we could just walk into Abbey Road so casually with all the tourists outside looking at us.

“Then after about half-an-hour of excitement we tried to treat it just like another recording session.”

The opportunity came through former Government Minister and LIPA supporter Alan Johnson, who is a regular guest at LIPA’s graduation ceremony. Gili explains: “He’d booked studio 2 at Abbey Road for the launch of his book In My Life: A Music Memoir. It had been booked for the entire day, but Alan only needed it for the evening and wanted to make the most of the available time.

“He contacted Mark Featherstone-Witty (LIPA CEO and Principal) to offer the studio time to students and I was lucky enough to have my name put forward.”

Along with the band Gili, who plays bass, invited third-year Sound Technology students James Amos and Freddy Williams to film the event and help with the recording. James says they were surprised at how quickly they felt at home. “Not a lot of people can say they’ve worked at Abbey Road when they’re 20, 21 - that’s big.

“But at the same time, it felt weirdly normal. It felt right. It assured me I’m doing the right thing. I wasn’t nervous.”

Gili agrees: “Being able to work in a studio at LIPA on such a regular basis really helped prepare us for this. It felt like a normal recording session and that’s how it should be.”

James and Freddy, who have set up live music and video recording company Casa , say the session reinforced much of what they’ve learnt at LIPA. Freddy says: “The engineers’ techniques and their mic choices were all very similar to what we would do in the studio. That was really good to see.”

At the end of the session they had a rough balance mix of Flight which Freddy and James, along with help from Gili, spent over 20 hours editing and mixing in LIPA’s George Martin Studio, readying it for release.

Recording at arguably the world’s most famous recording studio is a special moment for any musician or engineer, but Gili hopes it becomes more than that. “It is a bucket list moment, but it’s also an inspiration.

“We all talked about the session afterwards and we all want to get to the level where working in studios like Abbey Road is normal. We don’t want this to be a one-off.”