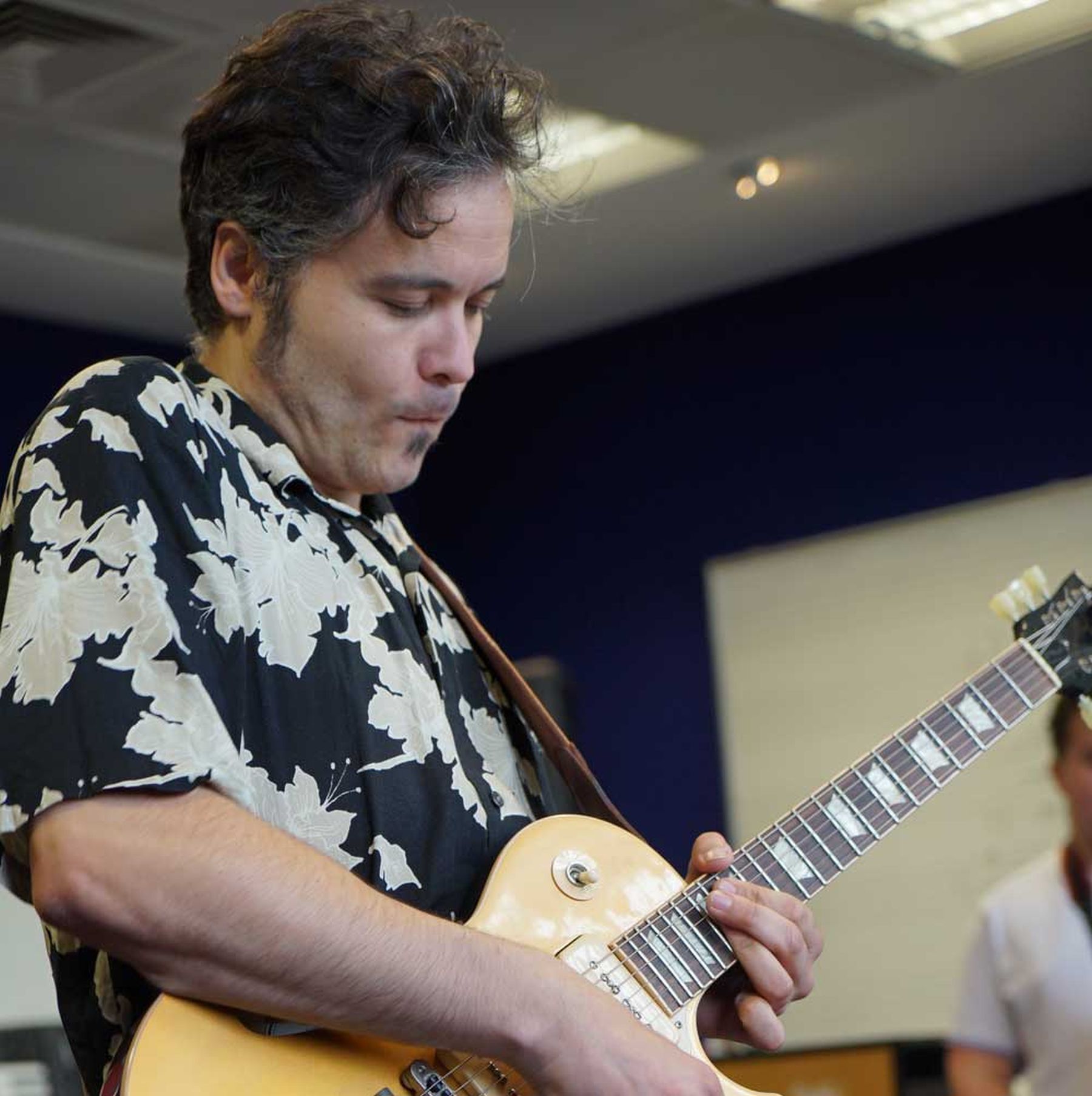 Each year, two second year students on the BA (Hons) Management of Music, Entertainment, Theatre & Events course are chosen to organise the UK leg of a tour by a Spanish artist and then be responsible for the day-to-day running of the tour when it then arrives in Spain.

This year Jordan Garner and Josie Pemberton were selected. “It’s ridiculous, if you’d have told me before I started at LIPA I’d get to be a tour manager of a Spanish artist working on a UK and Spanish tour, I wouldn’t have believed you,” said Jordan. “I’m so grateful.”

The tour’s organised by Sociedad de Artistas Intérpretes o Ejecutantes de España (AIE) in conjunction with LIPA. AIE choses an established Spanish artist and finances the tour, while LIPA provides a backing band, made out of Music students, and tour management.

This year the Spanish artist was Latin GRAMMY winner El Twanguero. The singer-songwriter and guitarist established himself as an accompanist before launching a solo career in 2015.

He arrived in Liverpool at the end of May to meet his new band and for four days of rehearsals. They then performed in Liverpool and Manchester, before heading to Spain for gigs in Madrid, Segovia, Toledo and Leon.

“What I learnt was that communication is absolutely key when you’re working and liaising with so many different people,” said Josie.

“You need to let them know exactly what’s going on and let them know as soon as possible. That’s the best way to keep everyone happy.”Josie and Jordan were responsible for organising rehearsals, accommodation, travel, publicity, live shows in the UK and a live broadcast from LIPA by Spain’s Radio Three. Then, when El Twanguero and the seven-piece LIPA band arrived in Spain, the pair had to ensure the tour schedule was kept to.

Jordan agreed that keeping the whole team happy was key. “There was one instance where everyone seemed to be a bit down, the travelling and heat seemed to have got to everyone and they were splitting up into little groups.

“So, me and Josie went out and bought everyone friendship bracelets. It was a small gesture, but it seemed to pick everyone up. That night the band played one of their best gigs of the tour.”

The scheme’s been running for 17 years, giving students a unique opportunity to put the theoretical principles they learn in their first year into action in a real-world setting. Jordan said it was the ideal project for him. “My aim is to be a tour manager so this was perfect for me. I found out not only how to do it, but also if I’d like it – the travel and living in hotels.

“It really opened my eyes and solidified my ambitions.”

Josie, who wants to become an artist manager, also found the experience invaluable. “During the tour I felt like we were managing the LIPA band. It was amazing and has made me even more passionate about artist management.”

Both believe working on the tour will give them a competitive edge when it comes to the next step of their careers and both said the experience will stay with them for some time to come. “There were quite a few ‘are we really doing this?’ moments, it was surreal,” said Jordan. “The last show was in Leon at this really cool jazz club. The crowd just absolutely loved it. Afterwards in the green room, just the realisation of what we’d been working on what we’d achieved – that’s one of my best memories.”