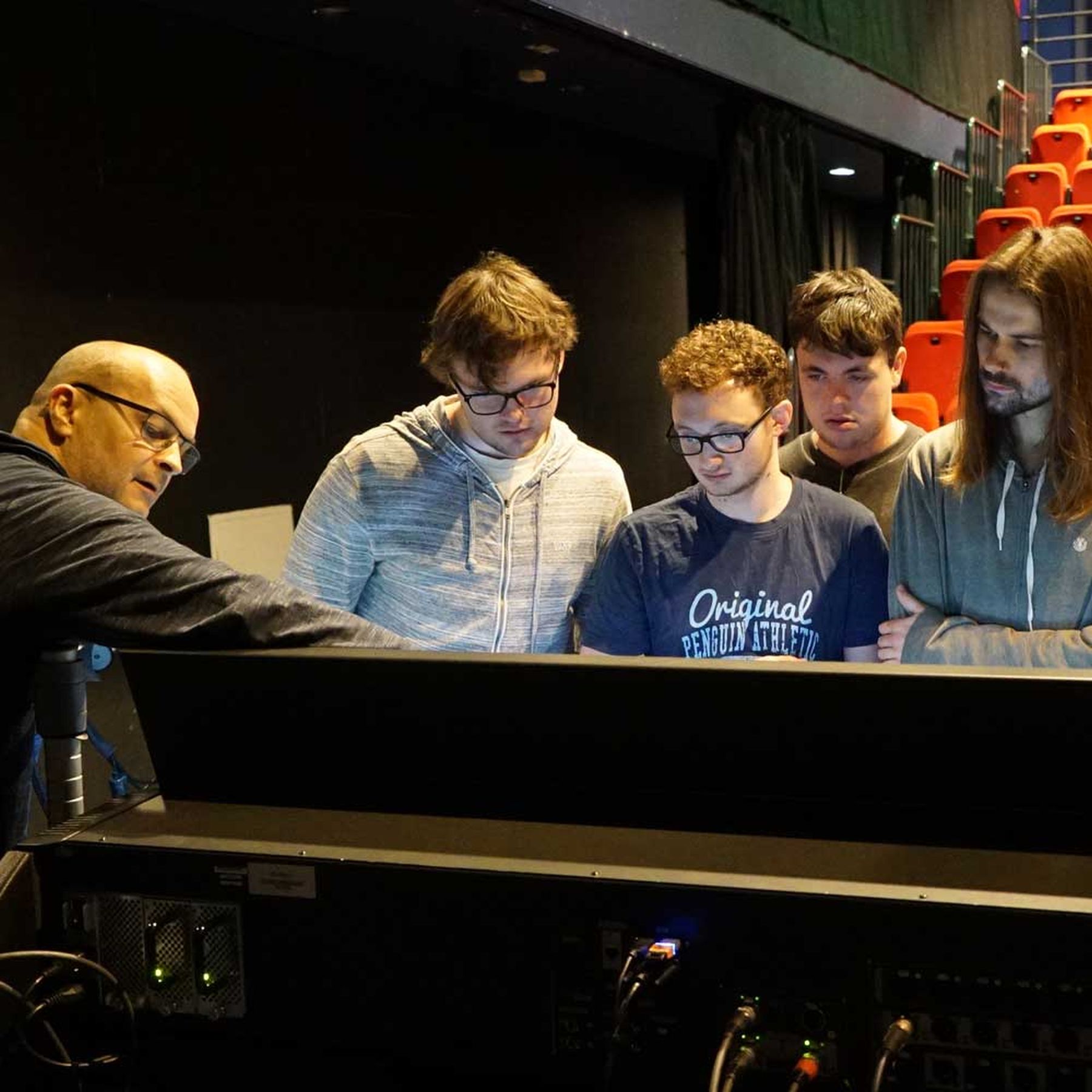 The company is regarded as one of the world’s leading suppliers of video and audio recording and editing hardware and software, as well as live systems used on some of the world’s biggest tours, including Radiohead, Paul McCartney, Duran Duran and many more.

Its new VENUE | S6L system was set up in the Paul McCartney Auditorium (PMA) with help from members of the BA (Hons) Sound Technology and BA (Hons) Theatre & Performance Technology courses. The Avid team then used the console to record a live performance by the LIPA Big Band, with the session also being filmed for official Avid training material.

Al McKinna is Avid’s Principle Product Manager for Live Sound, and a LIPA graduate, he explains why they chose LIPA for the filming: “From my experience at LIPA I knew we’d get an amazing band put together, who would really test the system, we knew the musicians would be really, really great and also there would be great support facilities – the PMA for example – is the perfect venue for this.”

It gave students the opportunity to watch how a top engineer runs a session, with Avid’s Robb Allan, who’s worked as Front of House Engineer for Coldplay, Manic Street Preachers and Massive Attack, in charge of proceedings.The next day two consoles were set up in the Sennheiser Studio Theatre. Al said he wanted to give the Sound Technology students more time with the system, “so on the second day we used the recordings we made, playing them back through the S6L, so the students got to know how to operate it and use the supporting technology.”

Sound Technology Senior Lecturer Chris Layton said the two days had been a great learning experience for students: “This is the cutting edge of new technology, it’s what they can aspire to and it’s what’s coming in the future.

“What’s also really important…is how it’s used, how it influences the workflow of a top engineer and they can understand the engineer’s working processes and build that into their processes.”

Student Kyle Durno, who’s in his third year, agrees. “LIPA is very good at putting you in the right places, through days like this, where you get to meet Robb and Al and Avid and do some networking.

“To meet people who are at the top of their game in their industry, such as Robb…I can learn from his experience and pull that into my own work.”

Avid also found the interaction with students invaluable, Al McKinna: “These guys are going to become the next leading professionals in our industry. We want to support them…also working with students, they question how things are done, and I enjoy that academic aspect of speaking to them about it.”

The two days with Avid follows on from the Sound Technology Industry week in February, where students took part in a series of industry-led talks, demonstrations, training sessions and networking events.

Al McKinna graduated from the Sound Technology course in 2001, he believes these links are crucial to students, and the industry. “It’s good to see the methodology’s been maintained. Close industry contact, training from the ground up to make sure there are no gaps in knowledge, in addition to that, the new facilities that are being designed here are quite incredible too.”