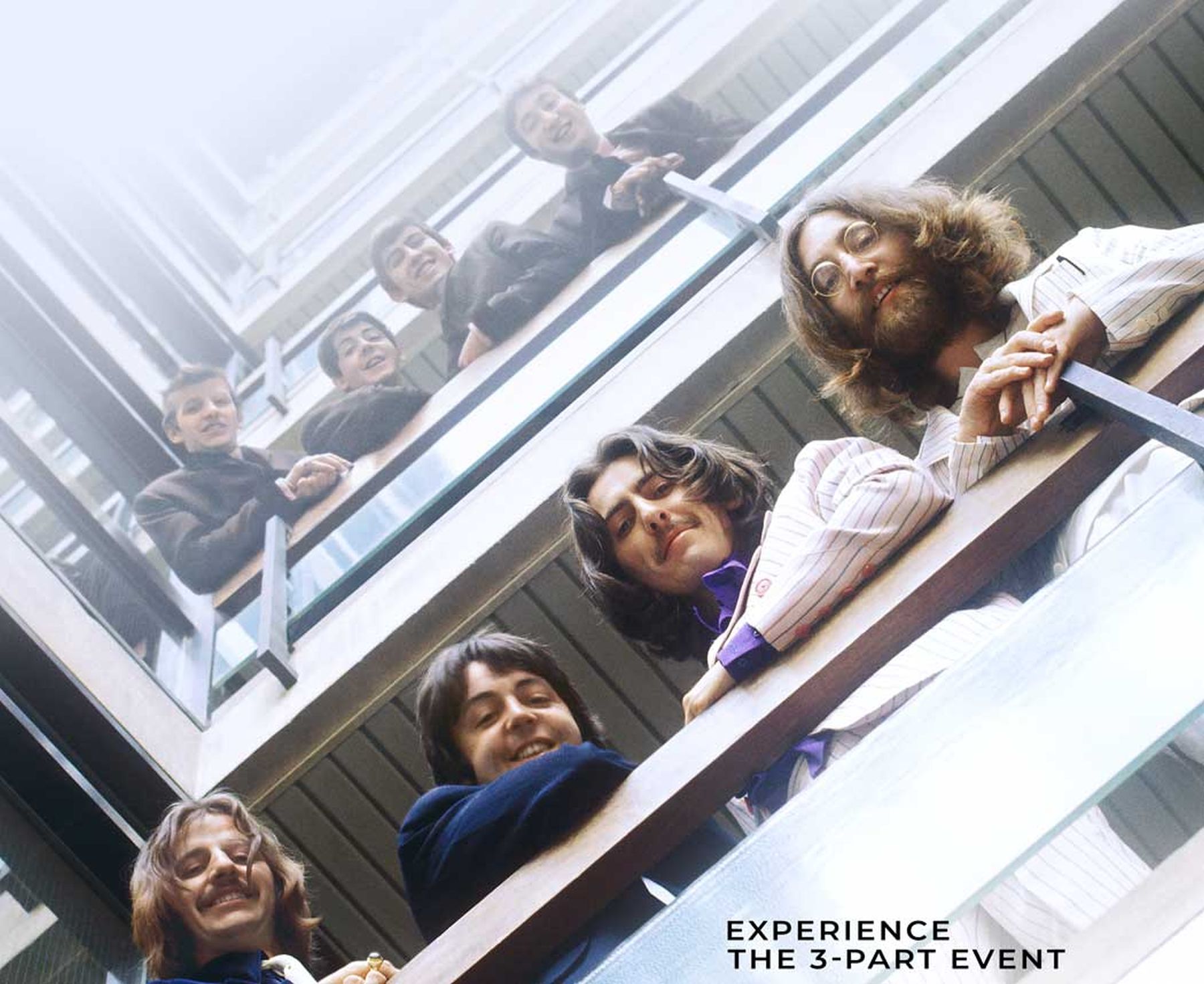 The screening, in the Paul McCartney Auditorium, was one of only four global premieres, with the other invitation-only events in Los Angeles, London and Wellington. It meant students were able to see rare footage of the band at work and performing before it was made available to the public on Disney+.

Among the audience was second-year Management student Marius Orvain-Mason. “To get an opportunity to see a preview of Get Back was very exciting. But to be able to experience it in the Paul McCartney Auditorium, in the school he co-founded, while immersed in the culture of The Beatles’ hometown Liverpool, made it extra special.

“To view a film of The Beatles at work was inspiring and I felt I gained a real insight into the relationship between artists and their support and management teams.”

Attending the screening was the film’s producer Jonathan Clyde, who introduced the film and took part in a Q&A with students afterwards, discussing the production process and its biggest challenges. Marius managed to speak to him afterwards. “We are taught about the importance of networking and to be able to meet Jonathan and take part in a Q&A with such a senior figure in the film industry and major player in producing the film was a real privilege.”

Get Back is directed by Oscar winner Peter Jackson, who describes it as a ‘documentary about a documentary’. The seven-hour, three-part series was created using predominantly unused footage from The Beatles Let It Be film and is available to stream via Disney+.

The screening at LIPA was organised by Disney+ and Culture Liverpool.