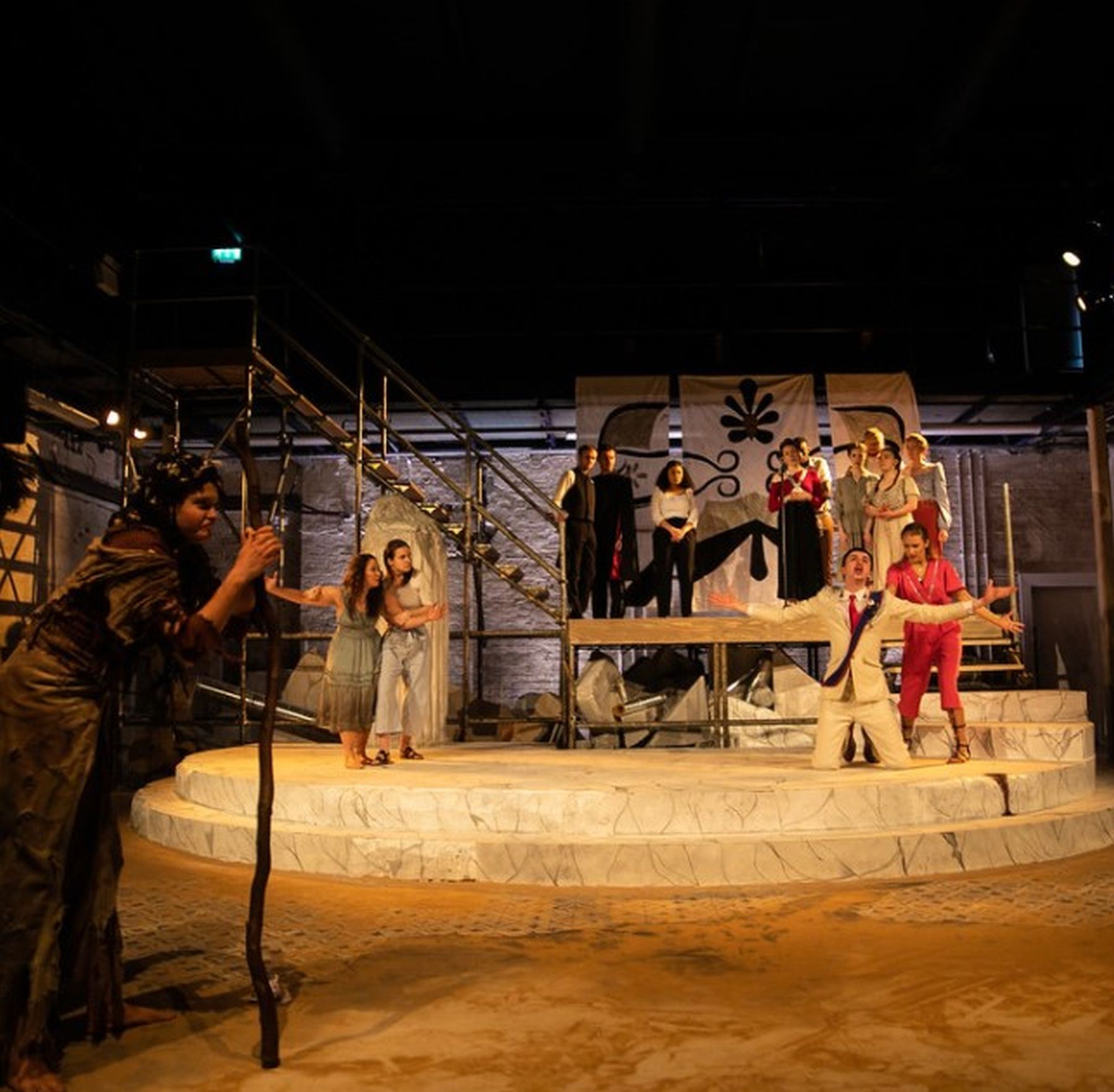 LIPA is based in the former sites of the Liverpool Institute High School for Boys and The Liverpool College of Art. George Harrison, like LIPA’s lead patron and fellow ex-Beatle Paul McCartney, was a former pupil of the Institute, while John Lennon attended the College of Art next door.

LIPA’s studio theatre will now be known as The George Harrison Workshop Studio after his widow Olivia and son Dhani made a donation towards its refurbishment. LIPA Founder Mark Featherstone-Witty says: “The significance of Olivia and Dhani’s contribution is that every former Beatle who attended either the Liverpool Institute High School for Boys or the Liverpool College of Art can now be remembered by our youngsters forever. Paul and George have auditoria named after them, while John has his named lecture theatre.”

The George Harrison Workshop Studio is a professionally equipped experimental performance, rehearsal, exhibition and teaching space. Richard Reddrop is Head of Theatre & Performance Design and Technology. He says it offers students a ‘blank canvas’ for productions. “There’s no pre-ordained actor-audience relationship. The space can be configured by the students to fit the text.

“It allows for the epic or the intimate. So far, it has staged promenade, traverse, end on and traditional theatrical performances. It’s important for designers, technicians and performers to be faced with the different challenges that these create.”

Capable of hosting an audience of up to 120 people and equipped with a fully motorised lighting truss, the refurbished George Harrison Workshop Studio is part of LIPA’s latest upgrade of facilities and resources. Over the past three years it has added a TV studio, film and TV post-production facilities – including immersive audio, a motion caption suite and developed new digital learning and performance facilities.

George Harrison attended the Liverpool Institute High School for Boys between 1954 and 1959, while Paul McCartney, who gave his name to LIPA’s biggest performance space – The Paul McCartney Auditorium, studied there from 1953 to 1960. A third Beatle, John Lennon, attended the Liverpool College of Art in 1958. Its original Hope Street building became part of LIPA’s campus in 2012 and is home to The John Lennon Lecture Theatre.

Image: a performance of Welcome to Thebes in The George Harrison Workshop Studio. Photograph by Andrew AB Photography