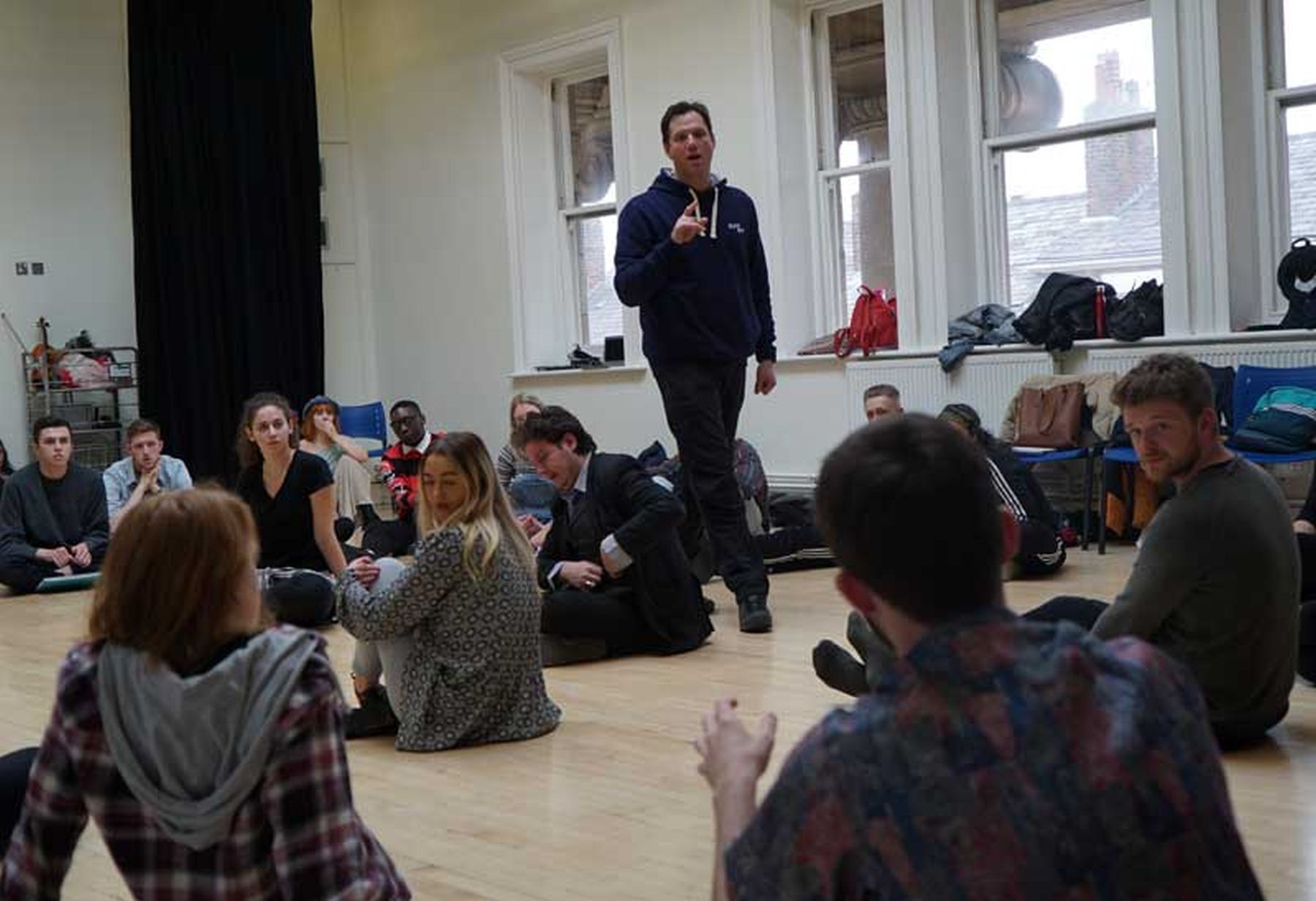 Flood was performed as part of last year’s Hull: UK City of Culture celebrations. Alan Lane is Slung Low’s co-founder and Artistic Director. He says: “Flood was the largest production we’ve ever done. It was on national television and half-a-million people watched it live. It was hard to think of what to do as theatre makers that didn’t feel like a retreat.

“The opportunity to come to LIPA and work with them on something the scale of Red and Black, something they’ve not done before, is really thrilling. Having a company of 20 is seen as decadent in subsidised theatre nowadays, but here we have a company of 211. That’s a human resource you’ll struggle to see anywhere else. The sheer amount of talent and the diversity of that talent is huge. This has allowed us to increase in ambition.”Red and Black is LIPA’s largest-ever production and is a co-devised piece with Slung Low that explores The Spanish Civil War and its impact on Liverpool. Alan’s work with students from all disciplines started in January. This includes students studying Acting; Applied Theatre and Community Drama; Dance; Music; Management; Sound Technology and Theatre and Performance Design and Technology.

From April he has based himself at LIPA working with students on a day-to-day basis at a professional level. “I haven’t changed my approach for this. It’s exactly the same as if I was working on a production commissioned by a theatre.”

Slung Low specialises in creating ambitious and original adventures for audiences in unusual places. Richard Reddrop is Head of Theatre and Performance Design and Technology at LIPA and was part of the team that initiated the project with Slung Low. Richard says: “We’re delighted to partner Slung Low on this innovative project. For our students it’s a great opportunity to work at length with industry leading professionals on an ambitious production in the growing genre of immersive and site specific theatre.”

Red and Black will be performed throughout and around LIPA. Alan describes it as being like a theatrical advent calendar, “and behind each door is a different experience.”

These range from a fundraiser at a 1937 Liverpool working mens’ club to a Salvador Dali inspired sensory surreal prison and a finale featuring a huge Franco puppet and theatrical effects. “You normally think, well I’ve got 16 performers, how do I make this epic and exciting? We have over 100 performers – we don’t need to worry about it being epic.”