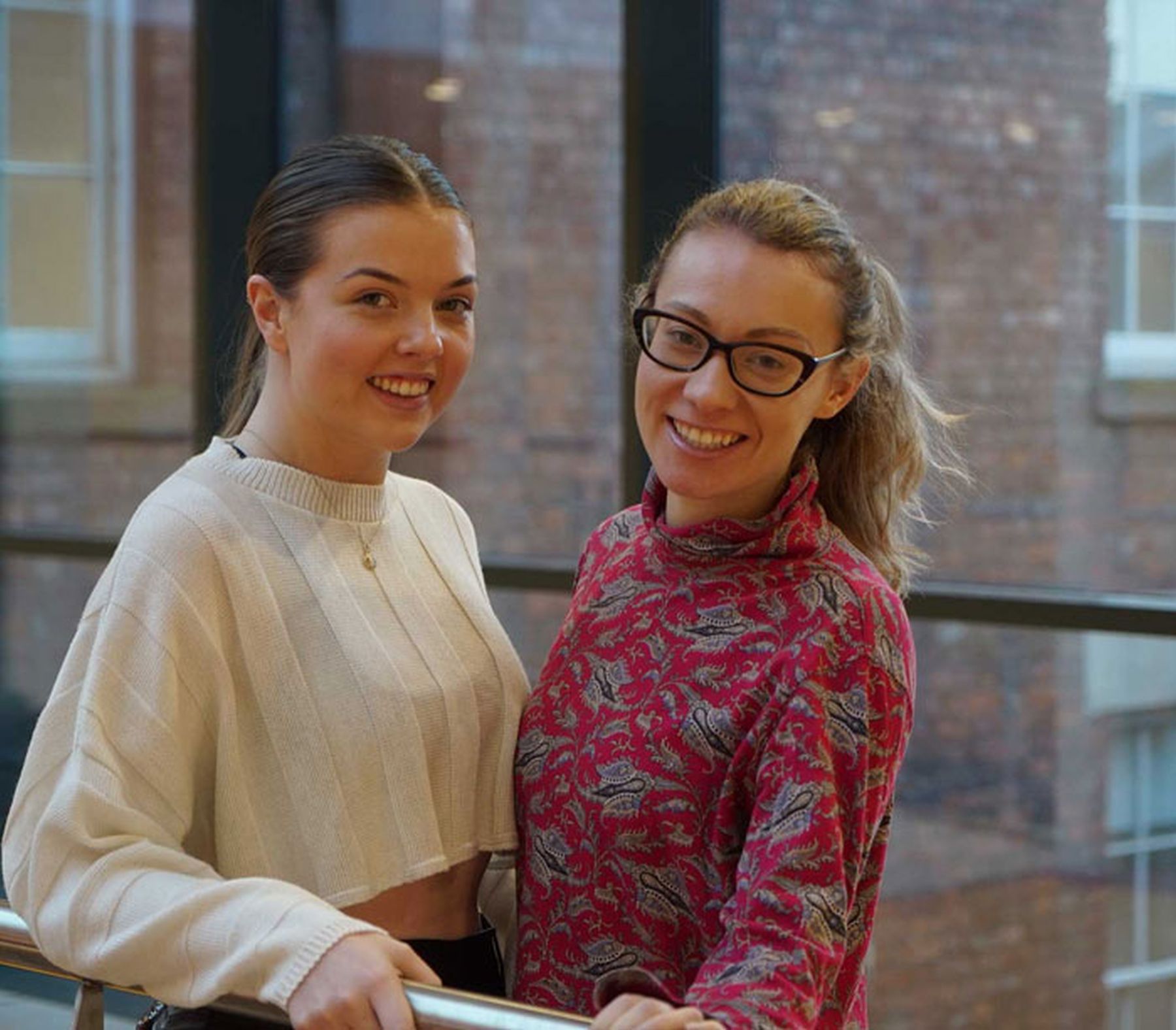 Second years Grace Bell and Michaela Munden were nominated for their work as event/volunteer coordinators of LEAP 2019’s Fringe festival. Michaela says it came as a complete surprise. “No one told us our names had been put forward, and we found out from an email. It was a real shock and took a while to sink in.”

LEAP is an annual dance festival produced by MDI (Merseyside Dance Initiative) and has been running for 26 years. For this year’s event MDI introduced a free fringe festival. It approached LIPA for student support, with Grace and Michaela agreeing to help as part of their second-year Practical Management Project. With MDI having selected artists and partnered with venues on Hope Street, Grace and Michaela were responsible for sourcing additional acts, creating schedules for the two-day event and recruiting volunteers.

LEAP Fringe featured 16 solo dance artists/companies, with 19 performances by over 50 dancers from 11-12 October 2019. One of the biggest challenges was working out the schedule across the weekend. Michaela says: “We liaised between the performers and venues to make all these things fit together and ensure the performances flowed down Hope Street logically."

Grace says the reaction from audiences was gratifying. “People told us that they wouldn’t normally go to a dance show, but after seeing one of the performances they wanted to see more of the festival.”

Liverpool City Region Culture & Creativity Awards have been created to recognise the value and power for change that the arts, cultural and creative sector can bring to the City Region.

Grace and Michaela’s names were put forward for the award by MDI's Project Development Manager Karen Podesta. She says: “We were impressed with their work, from their relationships with the MDI team and artists, to the volunteers.

“2019 was LEAP's first ever Fringe, and Michaela and Grace understood exactly what we were trying to achieve and went with it.”