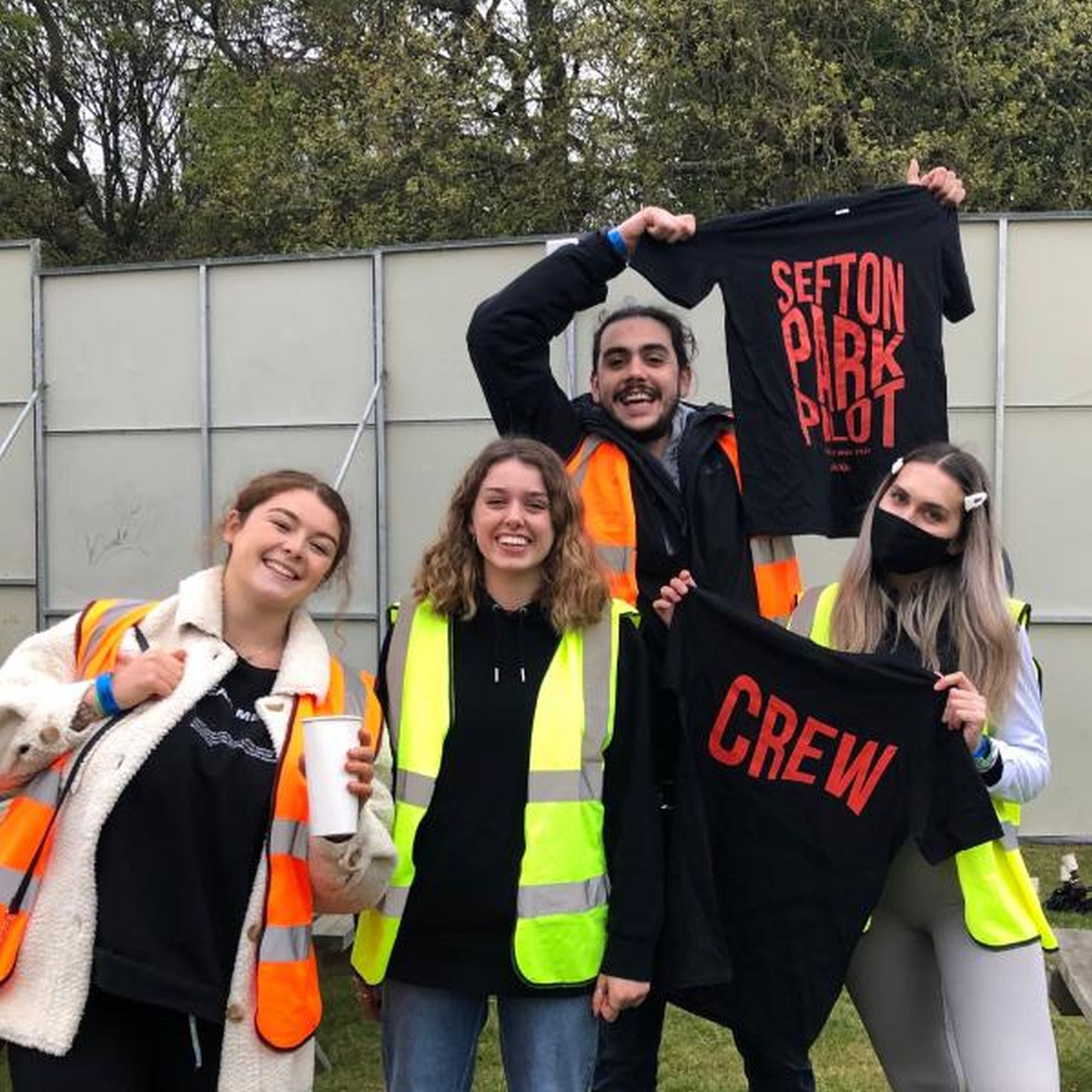 Over five thousand people watched Blossoms’ performance at Sefton Park in May. The gig was a test event as part of the Events Research Programme (ERP) which trialled ways of putting on large scale, live events safely so the events industry could re-open after its enforced closure during the pandemic.

Second year Anna McErlane was one of 10 Management students who worked on the event. She says it was important to be involved. “The industry was relying on these test events working so it could get back on its feet, and we really wanted to contribute to that process.”

There was no social distancing or mask wearing but everyone attending had to have evidence of a recent negative COVID test before they could enter the site. Everyone involved was then asked to take another two tests, one on the day of the gig and one five days after to see if there’d been a rise in infections.

The Management students worked as part of the accreditation team. Among their responsibilities was ensuring every contractor, crew and staff member completed a COVID test every 72 hours. Anna says: “We were among the first people on site, checking people and that their results were valid before they were allowed on site.

“The accreditation system was devised especially for this test event, so it was new to everyone. We were learning how to use it alongside the other staff rather than just being students helping out.”

The concert was organised by Festival Republic, who are also responsible for the Reading and Leeds Festivals. Second-year Molly Glinn was their main contact at LIPA and was responsible for assembling a team of students. She says it was a great opportunity. “As well as working with Festival Republic, those who were on site also met the people who run the Isle of Wight Festival and Creamfields. To be able to make those connections through LIPA in a pandemic is incredible.”

Since the event three of the students have secured placements at the Isle of Wight Festival. Molly says the whole team made a good impression. “The organisers have nothing but praise for everyone who took part, and we’re keeping communication open about future events.”

Thirteen thousand people attended ERP events In Liverpool. As well as the Sefton Park gig there were two club nights at the Invisible Wind Factory and a business conference at ACC Liverpool. Liverpool public health director Matt Ashton described them as a “success” with no detectable spread of the virus and only two people who attended Sefton Park testing positive afterwards.

Anna says it was an honour to be involved. “To see how determined people are to make live events work and get the industry up and running successfully again was really inspiring and reassuring. You felt that yes, there is going to be an industry there for us to join.”