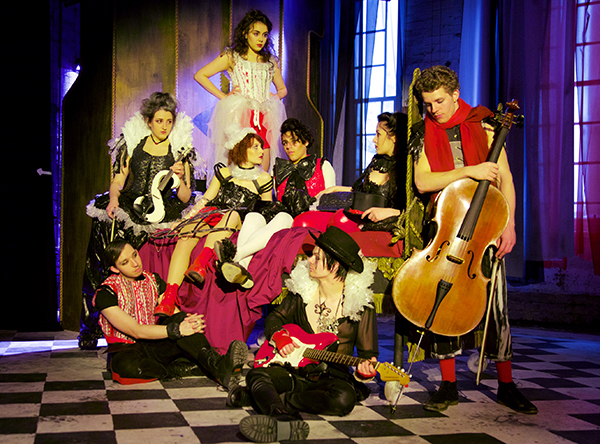 The courses supplement its current BA (Hons) courses, Acting and Acting (Screen & Digital Media), and applications for September 2023 entry are now being accepted.

LIPA’s Head of Acting Will Hammond says the courses mirror changes in the industry. “Over the last six years, aside from the pandemic, there’s been a real growth in employment opportunities in Musical Theatre, reflecting the industry’s desire to re-interpret classic musicals and produce new works. There has also been an increase in demand for actors that are skilled musicians, especially in contemporary work.”

LIPA already has a proven track record of producing graduates who work in Musical Theatre with former Acting and Dance students being cast in West End productions and national and international touring shows including Les Miserables, Get Up, Stand up! The Bob Marley Musical, Frozen the Musical, Thriller Live, Tina Turner Musical and The Band Musical.

Will says the new courses will build on these successes. “The musical heritage of LIPA and Liverpool means we have always attracted acting students who are interested, and skilled in, music performance and creation. These courses will utilise our internationally renowned Acting, Dance and Music departments and formalise the training.

BA (Hons) Acting (Musical Theatre) is for students interested in a sustained career in traditional, commercial and contemporary Musical Theatre. BA (Hons) Actor (Musicianship) is for students with instrumental skills who want to use those skills for storytelling and generating new material as composers and musical directors. The course will include opportunities to produce original micro-musical works and then develop them into longer productions.

Like the Acting and Acting (Screen & Digital Media) degrees, the new courses will be rooted in expert training in essential acting techniques. Will says: “What we do at LIPA is train actors and train them really well. These courses will combine that with a strength in singing and movement or musicianship. We want to produce actors equipped with the acting skills to take on principle and lead roles as well be part of ensembles and companies.”

LIPA is also launching two new Certificate of Higher Education courses (CertHE): Foundation Acting (Stage & Screen) and Foundation Acting (Musical Theatre). These one-year full-time courses are for students passionate about acting but who are not quite ready for Conservatoire degree level training.

On CertHE courses - unlike the previous Foundation Certificate course – participants are eligible for student finance, as long as they haven’t completed four years in higher education. Will is excited by the change. “It means people we are really interested in but aren’t quite ready for the degree courses now have a way in, without having to raise the funds privately. I hope this opens up the possibility of training at LIPA to many more people.”