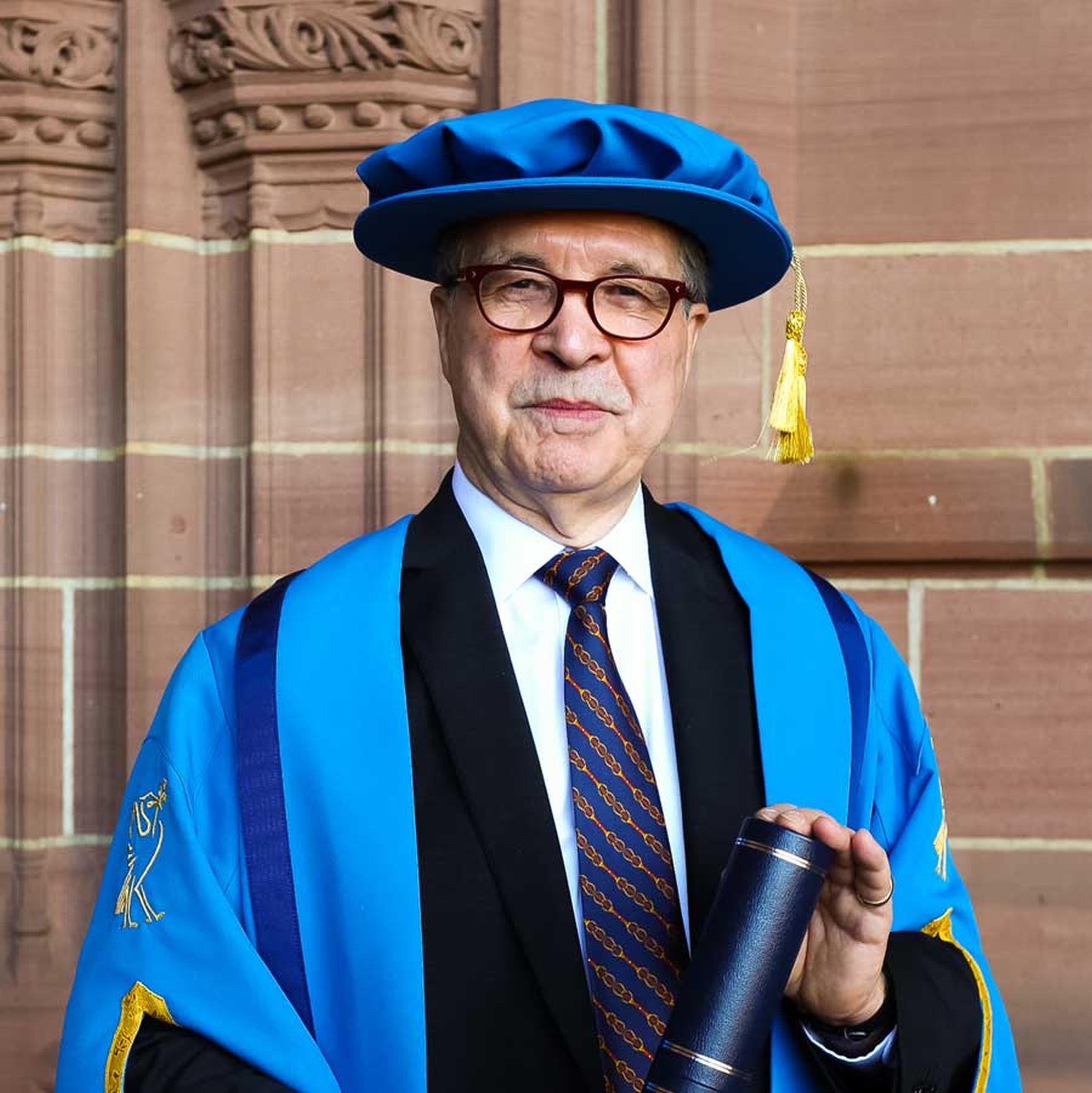 He received an Honorary Fellowship from Liverpool John Moores University (LJMU) during its graduation ceremony at the Liverpool Anglican Cathedral yesterday (July 12).

The Honorary Fellowship is LJMU’s highest honour and is presented to those that have made an outstanding contribution to society or an outstanding achievement in a given field that resonates with the ethos of LJMU and the city of Liverpool.

Mark said: “I’m wary of awards. However, when two mavericks, Paul and I turned up to start a new performing arts institute, serious people realised how pitiful our knowledge about higher education was. LJMU stepped in to help, so it’s fitting that our inter-twined history and union is being acknowledged.”

LIPA is located in Sir Paul McCartney’s old school, the Liverpool Institute for Boys, which underwent a multi-million-pound renovation.

It was founded by Sir Paul and Mark Featherstone-Witty and opened in 1995 to provide the best teaching and learning for people who want to pursue a lasting career in the arts and entertainment industry, whether as performers or those who make performance possible. Mark created LIPA Primary School, LIPA Sixth Form College and The BRIT School.