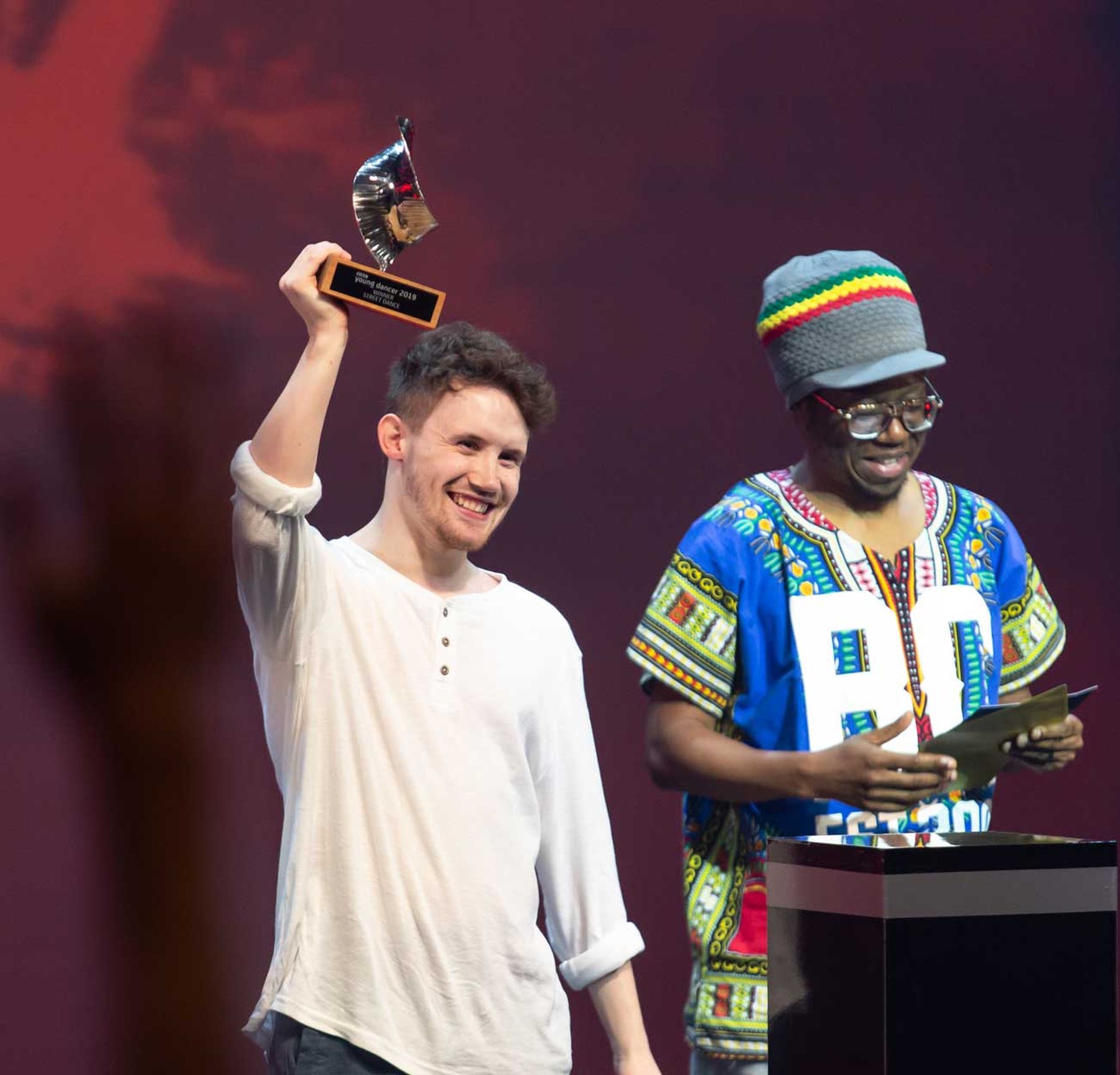 The comments came from dancer, choreographer and CEO of Boadicea Company Rhimes Lecointe. It was after Thomas performed three pieces in the final at The Lowry in Salford on 10 May: Grotesque and Mulg as a solo performer and Human – with his friend and fellow third-year Dance student Deavion Brown. “I’m really showing my personality on stage and I was determined to do the best I could do and I think I managed that.”

Competing against four other dancers Thomas described the win as one of the best moments of his life. “It was wonderful to be with my family and friends when I won. They’ve all been so supportive. They were so happy for me and proud, it was such a good feeling.”

BBC Young Dancer is now in its third series and showcases the very best of the UK’s next generation of dancers. Thomas, who’s from Neath, says his training at LIPA has been instrumental in him developing his unique approach. “I came to LIPA from an urban/hip hop background, but have now trained in contemporary, ballet, jazz and tap as well. I’ve mashed that all together to help me form my own style.”

As winner of the Street Dance Final Thomas performed in the BBC Young Dancer Grand Final which was broadcast live on BBC2.

Graduating in July, 22-year-old Thomas is hoping to concentrate on choreography in the future, a skill he’s developed at LIPA. “In my first year I took part in LIPA’s choreography competition and discovered I could do it and really enjoyed it. It really opened my mind and since then I’ve just tried to be as creative as possible.”

The Grand Final of BBC Young Dancer is on BBC 2 on Saturday 18 May at 8pm.