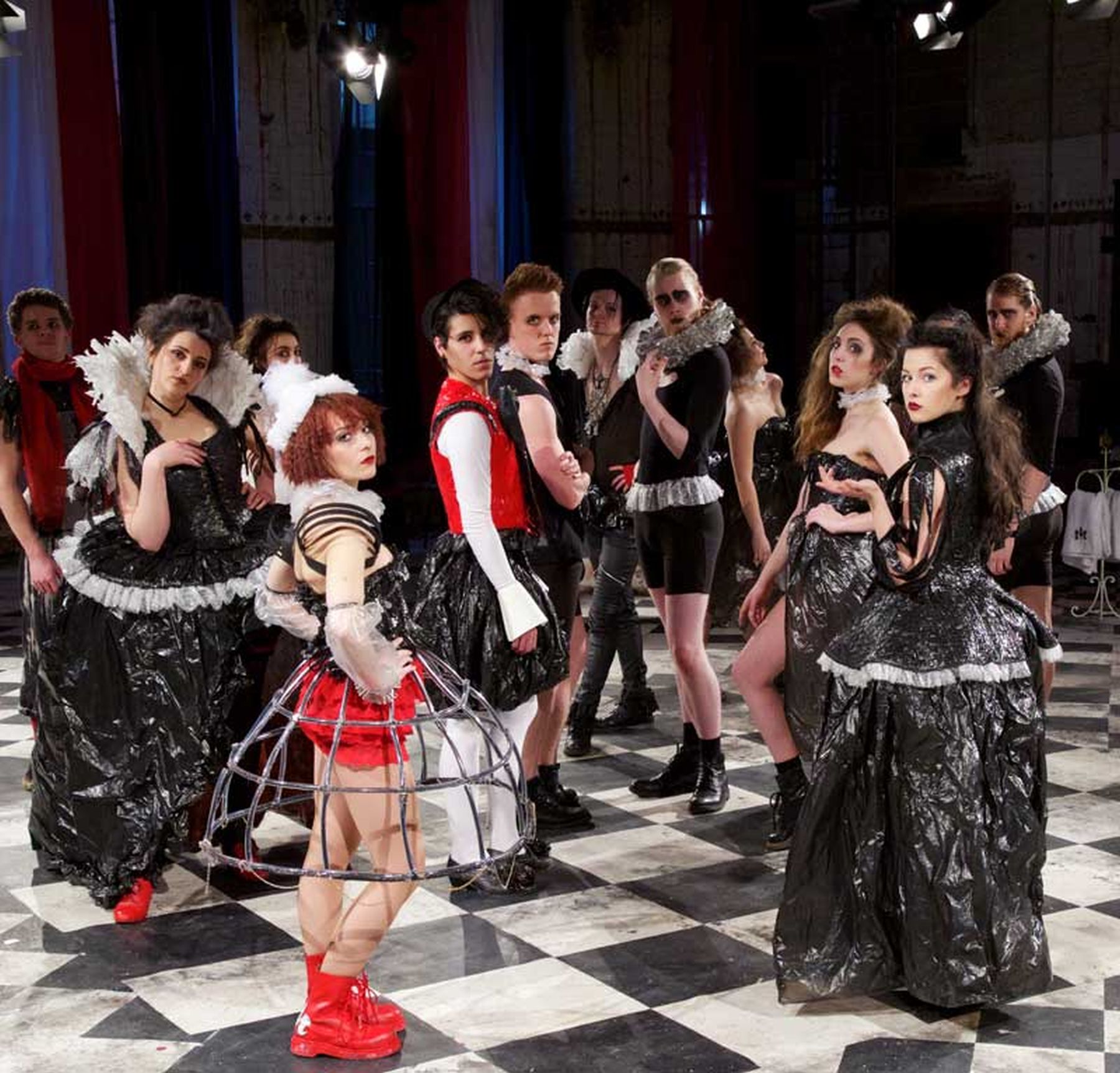 Women Beware Women will be at Camden People’s Theatre from the end of June. It was first performed at LIPA in April and directed by Alexandra Spencer-Jones. She encouraged students to consider taking the show to the capital. “I work a lot at drama schools and rarely do a group so fall in love with their work, their concept and the process of what they are doing.

“The end product is a bold developing of an under-performed piece that was tremendously successful historically, but barely seen today. It is time for it to be seen more.”

Jess Pritchard and Lydia Cashman are both part of the cast and have been instrumental in raising funds to re-stage the show. “ASJ (Alexandra) joked about putting it on in London. I said don’t tease us with that type of opportunity,” explained Jess. “She said well, if you lot can organise it, I’ll be there for you as your director. So, challenge accepted.”

An important part of LIPA’s philosophy is to produce students who are business savvy and capable of creating their own work. It offers a number of enterprise funds for students and graduates to back their new shows and business starts-ups.To get funding for Women Beware Women Jess and Lydia had to put together a professional pitch to apply for the Undergraduate Business Support Fund. “Having the experience of going to LIPA, applying for funding, having to explain your budget and justify everything has taught us a lot,” said Lydia.

“We’ve had a lot of feedback on what we’ve done – and it’s not been sugar coated – we’ve been told what’s good and what we need to work on. I feel lucky to have had that chance to learn how to pitch an idea before we leave. Next time we’ll know exactly what to do.”

Once funding was obtained, a slot at Camden People’s Theatre was secured by Alexandra’s company Action to the Word. She’s been impressed by the students determination to make it work. “I've seen them secure fundraising, market the show and create their own work in and around Liverpool. They certainly are entrepreneurs.”

As well as Acting students, the production will also be using its original designers and technicians – with students from the Theatre & Performance Design/Technology and Music courses also making the journey to London. “From your first day at LIPA you are told the people you study with could become work colleagues, employers or employees,” said Jess, “and now they are.”

Women Beware Women opens at the Camden People’s Theatre on Tuesday June 27 and runs ‘til July 8.