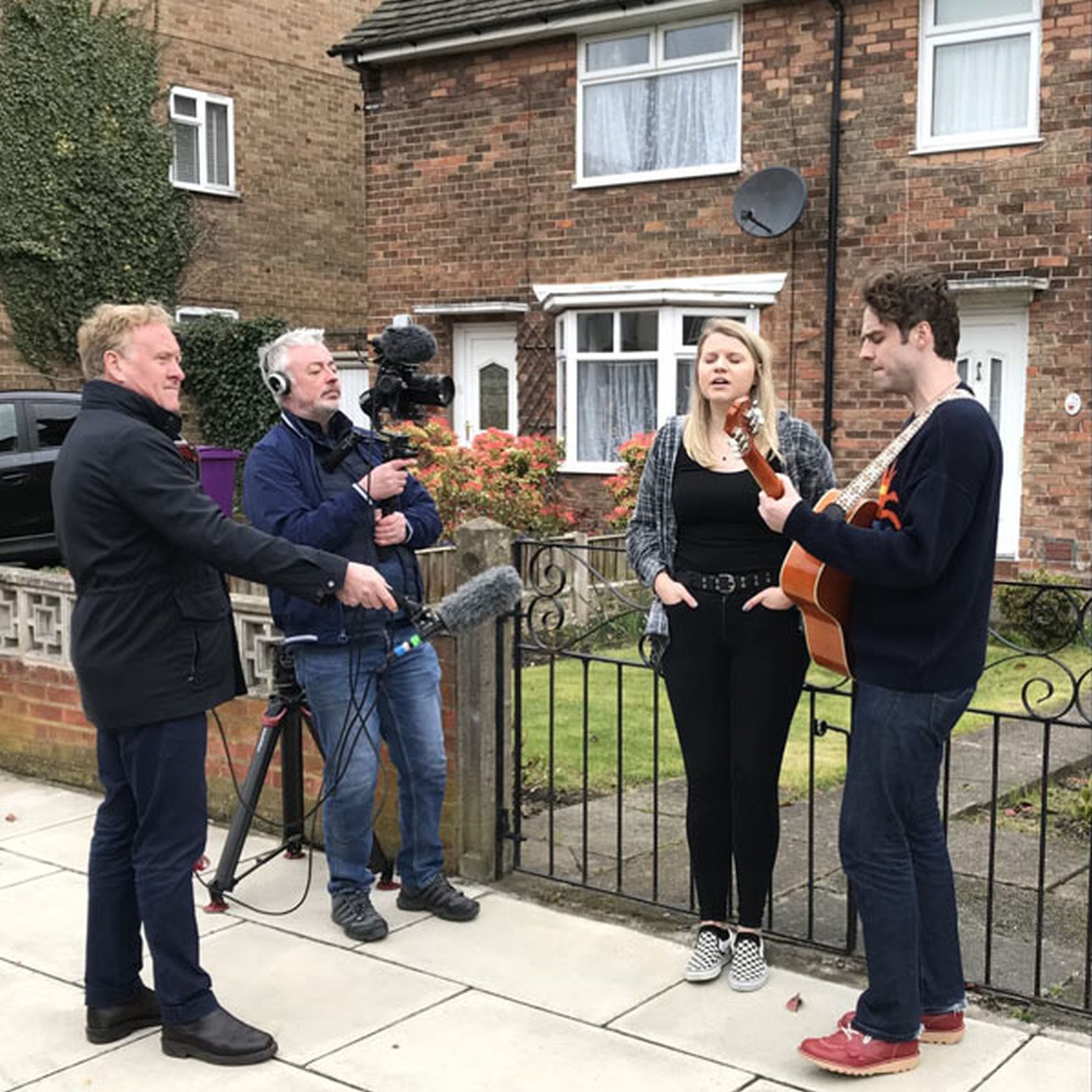 The National Trust’s The Forthlin Sessions will give four artists/bands the opportunity to spend time in 20 Forthlin Road to soak up the atmosphere and musical history and use it as inspiration to write a new song. They will then return to the house to record the track, with the recordings to be streamed on YouTube. LIPA will be mentoring the chosen artists and assisting with the recording process.

The McCartney family moved into 20 Forthlin Road in 1955. Paul, who is LIPA’s Lead Patron, was still living there in the early sixties when The Beatles first became successful. It’s also where he and John Lennon wrote many of the band’s early songs. These writing sessions were documented by Paul’s brother Mike in photos that are now displayed in the home.

Hilary McGrady, National Trust Director General, says: “What the Beatles did was inspire a generation to feel free to be creative, regardless of who or where they were. Much of that started at 20 Forthlin Road with the songs that were written under this roof.

“It’s a pleasure to care for the Beatles’ childhood homes and to use the story of what happened there to continue this legacy. Our places don’t have to be stuck in time; they’re here to keep sparking creativity, dreams, and new ideas. We can’t wait to hear how what happened at 20 Forthlin Road inspired and keeps on inspiring the nation”.

LIPA Music students Mackenzie Miller and Dylan Cassin performed The Beatles’ song Blackbird outside 20 Forthlin Road for the launch of The Forthlin Sessions on BBC Breakfast. Third-year Mackenzie, who’s from Seattle says the scheme is offering a once in a lifetime opportunity. “To get the chance to sit inside the house and write a song and play where Paul McCartney and sometimes John Lennon wrote the early Beatles’ songs, I can’t comprehend how cool that would be! There’s got to be some kind of energy left over from that because what they did was so important for music history.” Dylan agrees, describing it as, “every musician’s dream.”

Any unsigned artists or bands, over the age of 18 and resident in the UK, who want to take part in The Forthlin Sessions can find out more and apply here.

Image: Mackenzie Miller and Dylan Cassin perform for BBC Breakfast for the launch of The Forthlin Sessions.