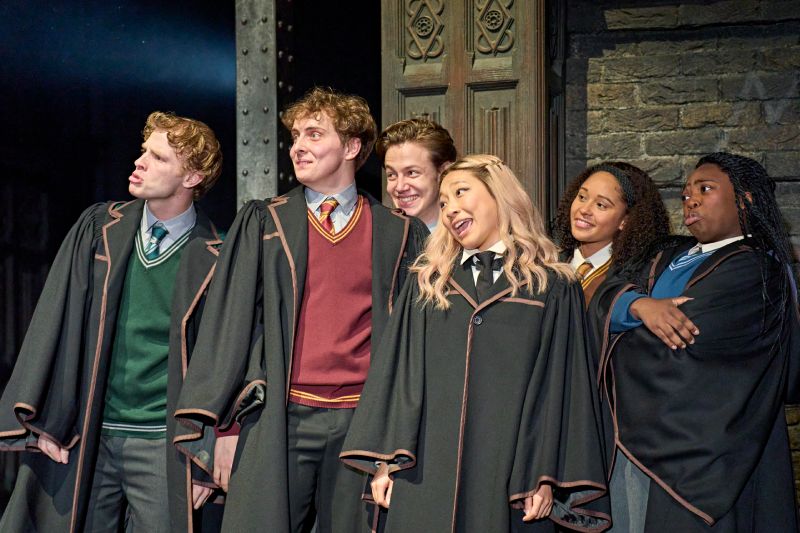 Two former Acting students from the Liverpool Institute for Performing Arts (LIPA) made their West End debuts in Harry Potter and the Cursed Child just three months after graduating.

Ruchi Rai and Tom Storey both successfully completed the BA (Hons) Acting in July and were cast in Harry Potter and the Cursed Child shortly afterwards. The production had its opening night at The Palace Theatre in October.

We caught up with Ruchi, who plays the role of Polly Chapman, to find out more.

How did you feel when you got the role and are you a Harry Potter fan?

I was pretty dumbfounded and had to take a moment to realise what this actually meant. After sharing the excitement over the phone with my agent, I hung up and instantly screamed the house down.

I've always been into the world of myths and magic, so I would say I'm definitely a fan of this beloved book/film series that so many of us grew up with. It feels like I've come a long way from battling my cousins with our wands (sticks that we’d found) when as kids all we had was our beautiful juvenile imaginations.

What does it mean to you to work on a high-profile West End show so soon after graduating?

Being five months into the journey, you'd think I'd get used to doing eight shows a week, but I still find myself stepping back in total awe to soak in everything that I'm fortunate enough to be a part of.

Never mind a West End show, Harry Potter is one of the most loved and well-known book/film series to ever exist. While we were growing up, so were the Harry Potter gang right beside us in their own magical lives. Nineteen years later and the next generation are embarking on a radical adventure that I get to be a part of - that is WHACK!

Like an abundance of actors, whether amateur students or masters who have been in the game for decades, I came into the job with imposter syndrome lingering in the corner of my mind. It's obviously difficult to get rid of intrusive thoughts but important to remind yourself of your deservingness - you wouldn't have been chosen if they didn't see you as the right fit!

How did your training at LIPA help prepare you for the audition and/or this role?

One of the things I remember and often think about from my training at LIPA is how to re-create the same scene or scenes night after night whilst keeping them fresh, especially on a show such as this. Practising practitioner methods and going back to the groundwork is always a key way for me to get into the right headspace before stepping into the audition room and on stage.

The work we were taught on the body's anatomy, sustaining a healthy body, and breathwork has been crucial in cultivating my mental and physical self to keep up with the physically demanding nature of the show. The actor's body is their most valuable tool and it's important we nurture it with the care that it warrants.

LIPA's encouragement of cross-discipline collaborations really supported my ability to socialise and co-operate with artists of many different backgrounds and their crafts. It's nice to be able to find familiarity from my interactions at LIPA, say with stage managers and costume designers, and reflect that etiquette/relationship here.

I also find great comfort in moving from a drama school environment where I'm constantly surrounded by other creatives, into a show with a huge, remarkable cast and company.

You can find out more about Harry Potter and the Cursed Child here.

Image: Tom Storey (second from left) and Ruchi Rai (fourth from left) in Harry Potter and the Cursed Child. Photography by Manuel Harlan