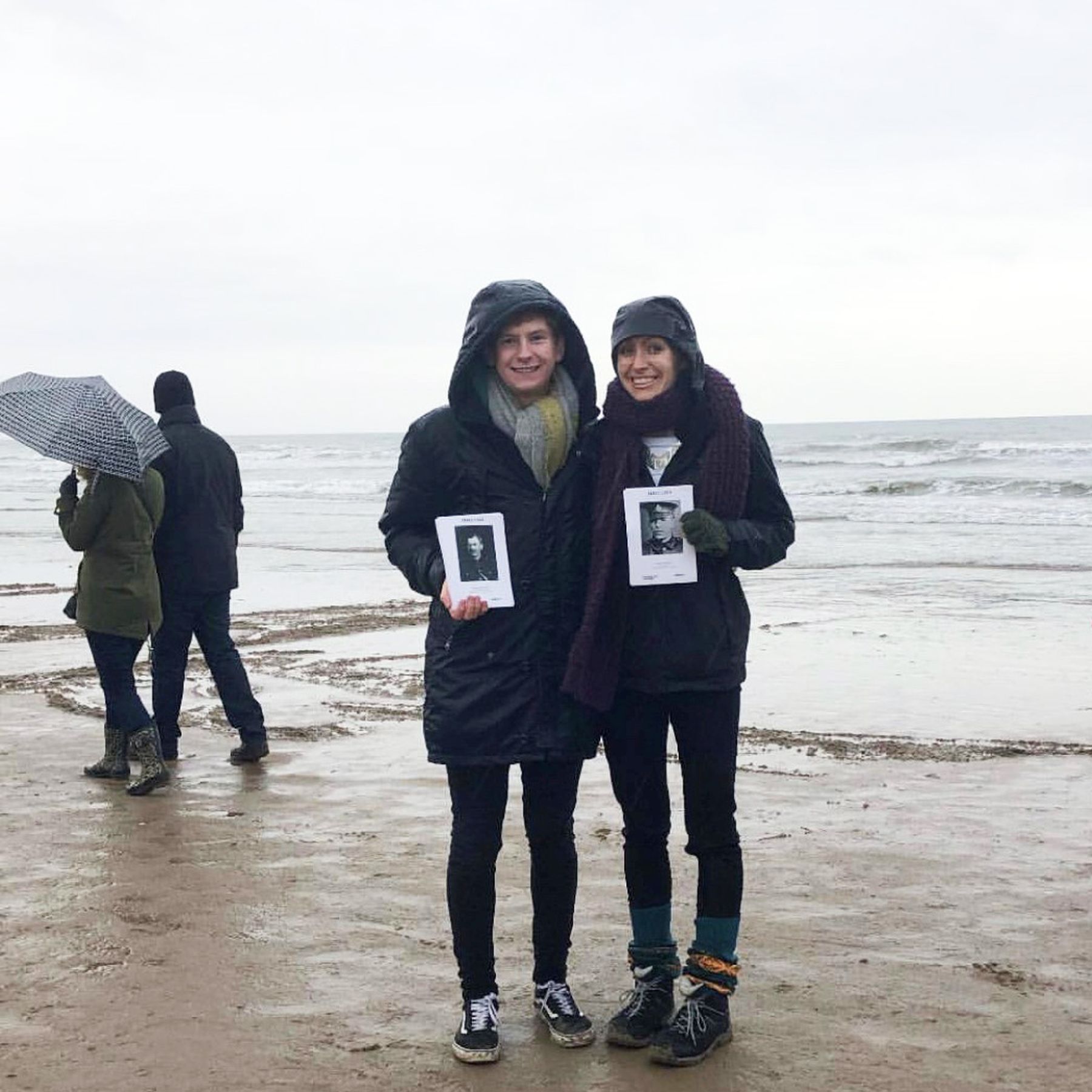 Portraits of an individual from the First World War were created on 32 beaches across the UK on 11 November 2018. The project was to mark the 100th anniversary of the end of the War.
National Theatre of Scotland was responsible for delivering six of them, with Joshua - who was on his three-month placement there - given the responsibility of assistant producer.

He explains: “When I arrived in September there was only a freelance producer working on the project.

“I was straight into the thick of it, finding out who owned the land, asking permissions then finding freelance staff to manage the sites and the community engagement projects.”

National Theatre of Scotland was the only organisation responsible for more than one portrait. As part of his role Joshua was involved in shortlisting the case studies for the portraits, logistics, licensing, event management, press and PR and on the day itself crisis comms.

Pages of the Sea received extensive national coverage with tens of thousands of people volunteering to help create the portraits. “The reaction was amazing. On the day we were so busy we didn’t get to see everything, but afterwards you could look on twitter and see 10,000 tweets about St Andrews or Ayrshire beach and pictures of 5,000 people at Findhorn Beach.

“It was so rewarding to see the communities responding and engaging with what we created.”

All Management students undertake the three-month placement in the first term of their third year. Joshua says the time he spent at the National Theatre of Scotland has given him more confidence in his abilities. “It’s great to work at LIPA on projects with people you know, but it’s only when you leave the building you find out if you can really do it.

“Being at the National Theatre of Scotland has proven to me that I can do what I’ve learnt at LIPA.”

Joshua’s ambition (when he graduates) is to work on large-scale cultural events, like Pages of the Sea. He’s planning to go freelance once he finishes his studies with work already lined up. He’s also organising a northern UK tour of Four Screens, a production developed during his time at LIPA with fellow students.