Honouring members of the 27 Club 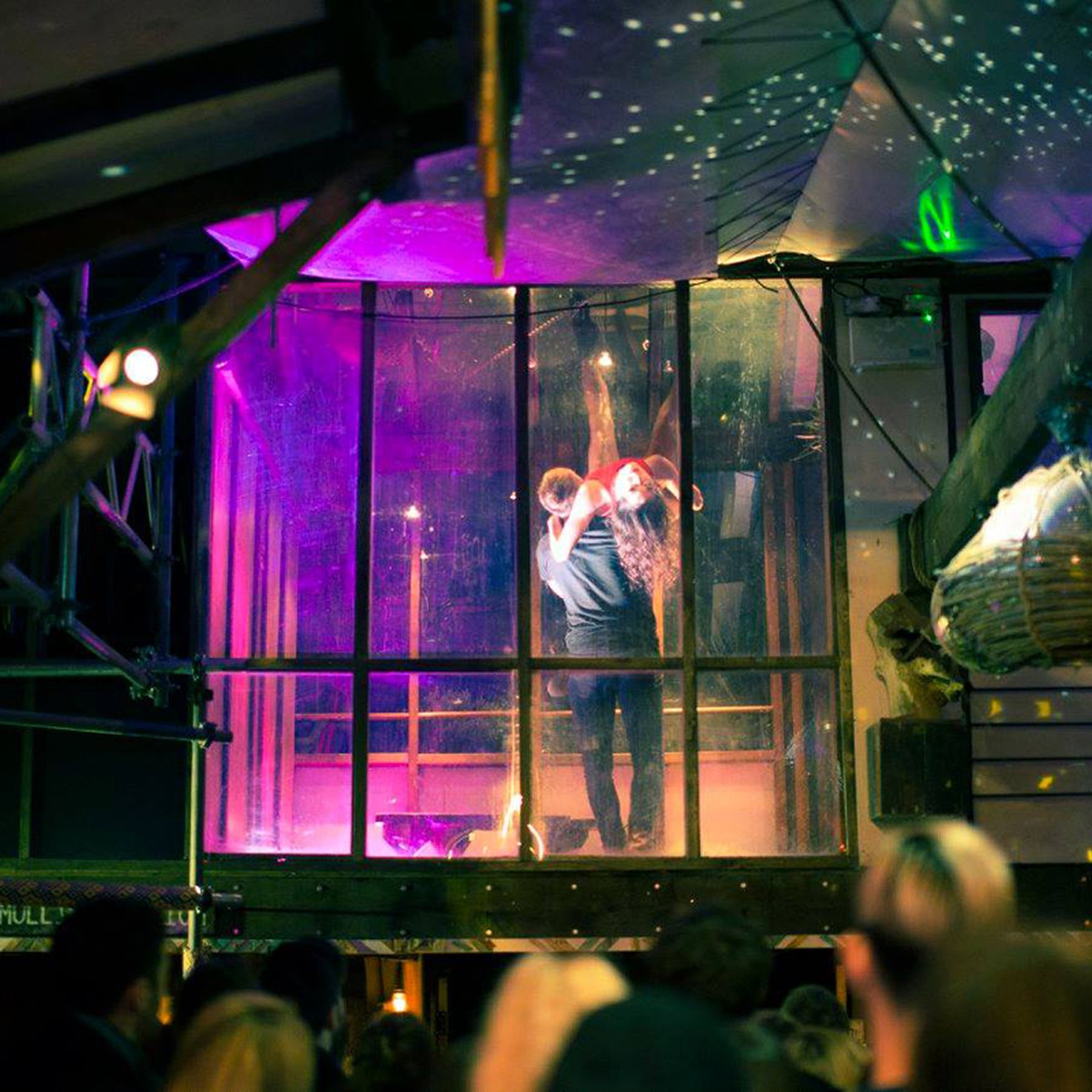 Earlier this year, the 27 Club became the inspiration for a new dance piece, produced by two Management students. The performance took place in front of a full capacity crowd at Liverpool’s Kazimier Gardens on Tuesday 15th and Wednesday 16th March.

Marianne Bain and Dagny Kristensen came up with the idea for the show as part of their second year independent project. To realise their vision, they used their learning from the Management course and their experience working on external projects around Liverpool to secure the venue, fundraise and market the event, not to mention creating the performance itself.

As the producers of The 27 Club, Marianne and Dagny were actively involved in the creative process – recruiting a band, finding dancers to work with, and working with them to develop the show ahead of the performances.
The show featured inventive cover versions of some of the best-loved tracks of members of the 27 Club including Tears Dry on their Own by Amy Winehouse, All Along the Watchtower by Jimi Hendrix and Piece of My Heart by Janis Joplin. The Musical Director was Emilie Johannessen, a second year Music student, who collaborated with a band made up of Music students. Against these classic songs, the show was choreographed by final year Dance students Eirik Dreyer Sellevoll and Rikke Lund, and was performed by a number of dancers from different years of study.

Marianne added: “Throughout the process we faced challenges, however with both our strengths and weaknesses we managed to solve all problems. We think good communication and collaboration between all students working on The 27 Club was important and led to successful performances where we got great feedback.”