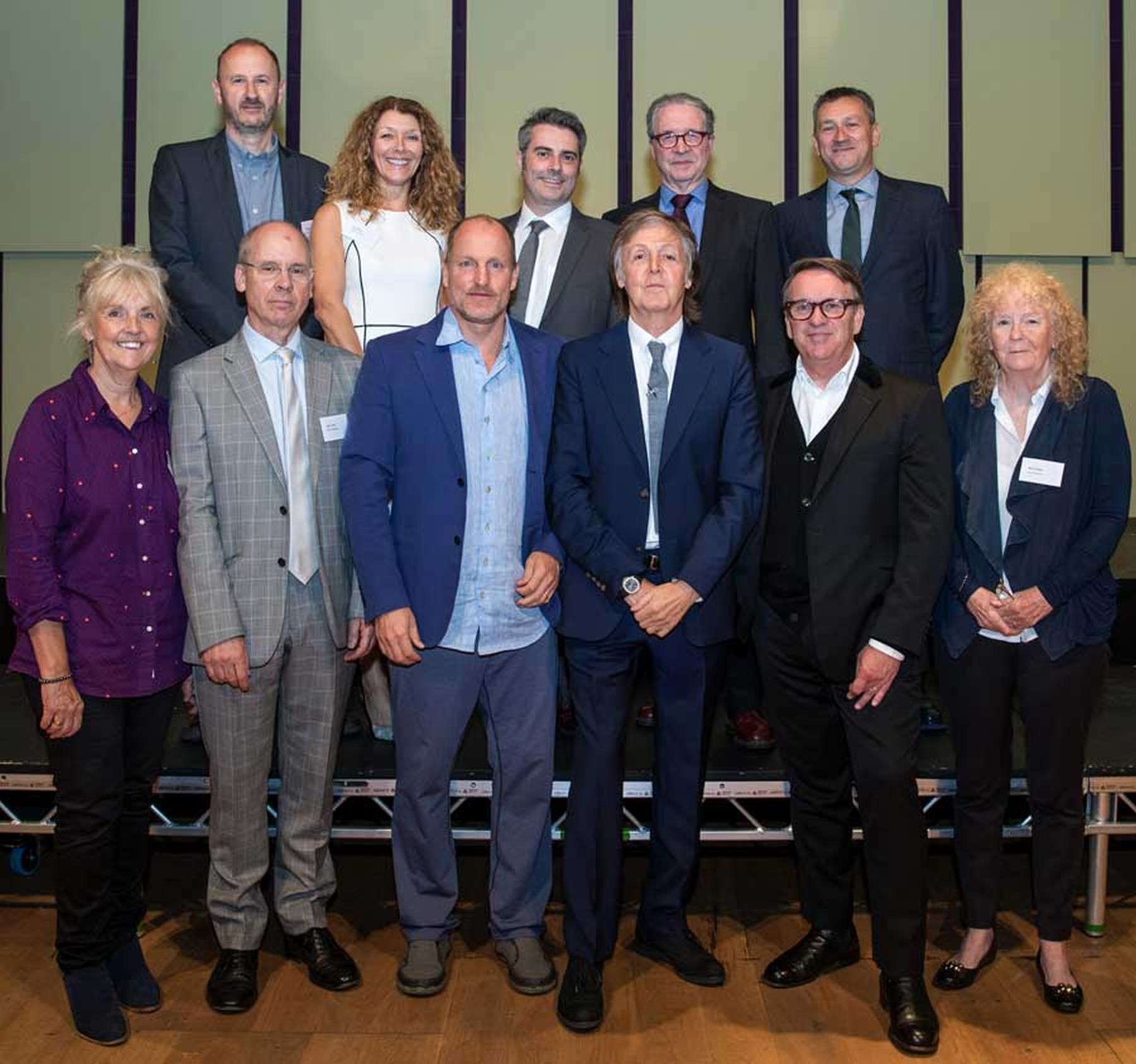 The actor, writer and director was one of eight luminaries of the arts and entertainment world to receive the accolade from LIPA’s co-founder Sir Paul McCartney at the Institute’s annual graduation ceremony. In a career spanning four decades, Woody Harrelson has been nominated for two Academy Awards and is the winner of an Emmy Award for his TV work.

TV producer and CEO and Founder of Buccaneer Media Tony Wood, who has supported LIPA since his time at Lime Pictures in Liverpool, became an Honoured Friend of LIPA.

Mark Featherstone-Witty, LIPA’s Founding Principal and CEO, said: “I worry how long we can celebrate achievement in the creative and performing arts while the government is intent upon narrowing our secondary school curriculum, so youngsters can’t experience the fulfilment they can bring. All that’s left is TV shows that are all about performers and not about the legions of people making performance possible.”

Around 220 students from 16 different countries, including Norway, Brazil, South Korea, India, Germany, Ukraine and the United States graduated at the ceremony at the Liverpool Philharmonic Hall having completed either degree or foundation certificate programmes.

LIPA is located in Sir Paul McCartney’s old school, the Liverpool Institute for Boys, which underwent a multi-million-pound renovation to turn it into a state-of-the-art performing arts higher education institution. It was founded by Sir Paul and Mark Featherstone-Witty. It opened in 1995 with the aim of providing the best teaching and learning for people who want to pursue a lasting career in the arts and entertainment industry, whether as performers or those who make performance possible.