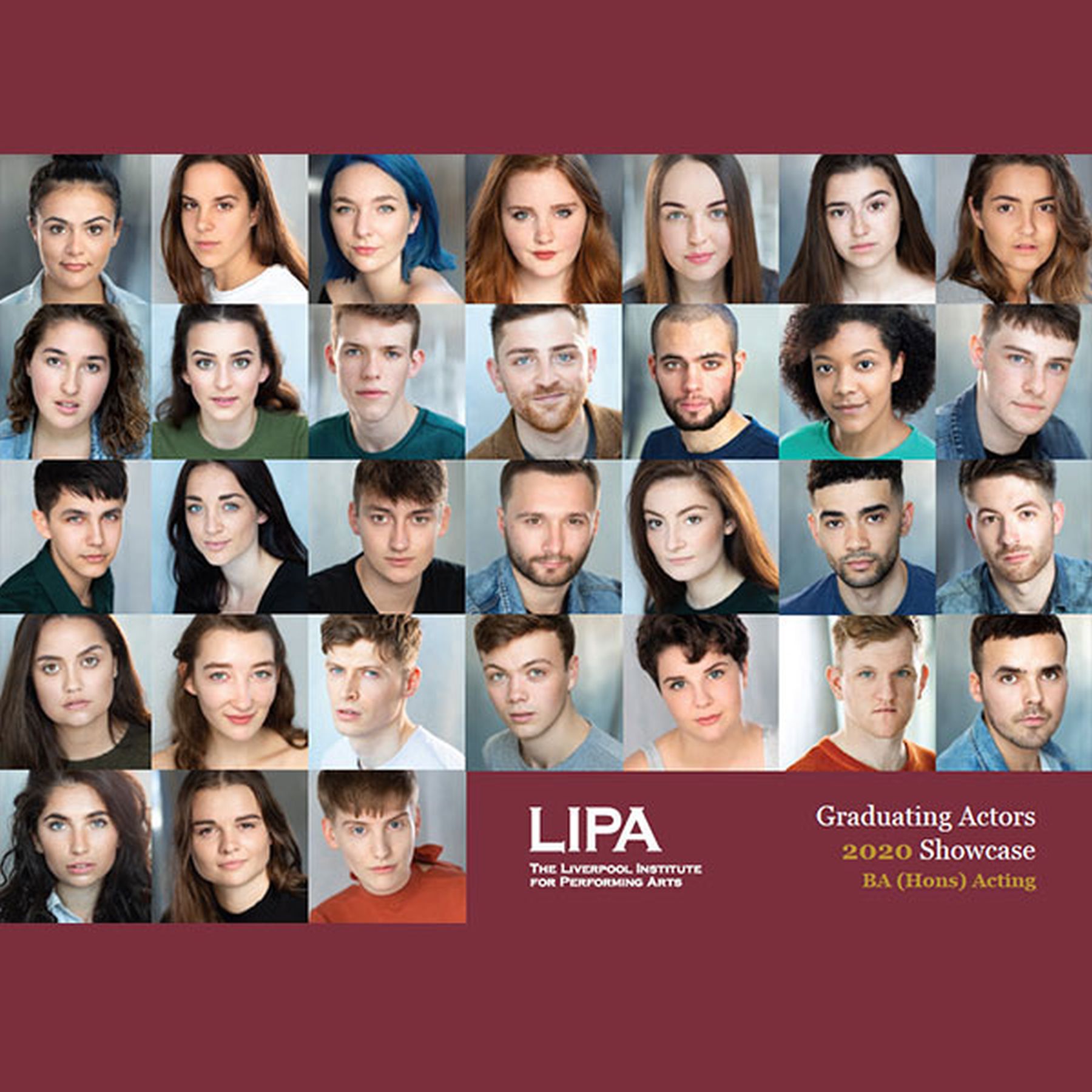 In March and April, they are performing in their final public performances at LIPA; a season of specially commissioned new writing that features collaborations with Gemma Bodinetz (Liverpool Everyman & Playhouse) and Lucy Burke (Glitter Punch, VAULT Festival) and a production that mixes live performance with digital media in our new TV/film studio.

These productions are part of a fast-paced final nine months with us, which has already seen them working at a professional level with directors James Baker (Jerry Springer: The Opera, Hope Mill Theatre) and Fiona Buffini (Manor, National Theatre) and taking part in masterclasses with actors Tim Roth and Priyanga Burford.

They’ve also performed at industry showcases at London and Manchester and recorded showreels and voicereels. In 2019, 96% of our graduates achieved representation and in 2018 100%.

To find out more about our graduating actors, view showreels and listen to voicereels head here: