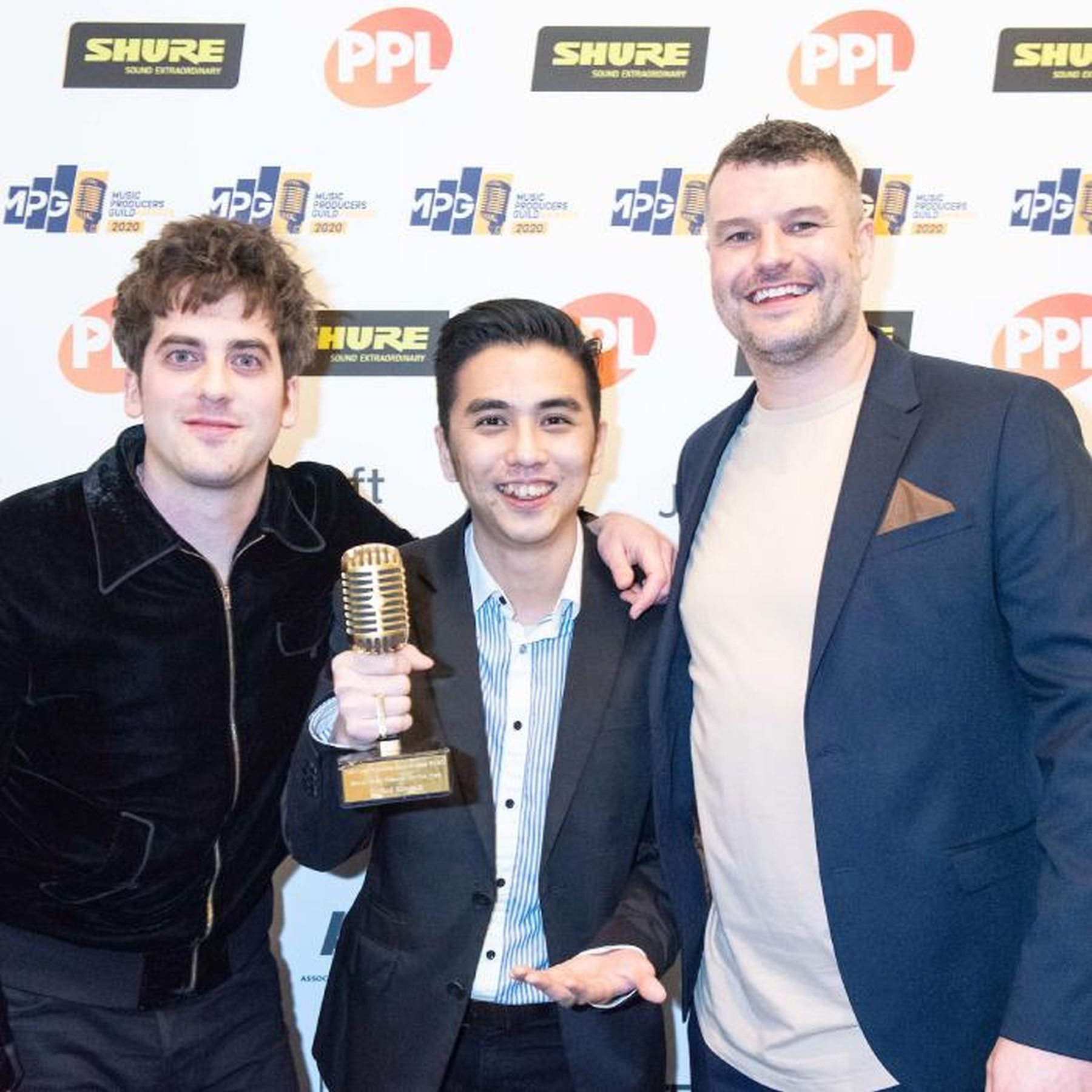 The MPG Awards is now in its 13th year. It features 16 award categories celebrating the best and brightest talent in music production, along with the industry’s rising stars. The LIPA nominees are made up of three Sound Technology graduates and one Music graduate:

Cameron Gower Poole (Sound Technology, 2011) has been nominated for Breakthrough Producer of the Year. Cameron has established himself as one of the leading vocal producers in the UK through his work with, among others, Mabel, Anne-Marie and Rita Ora.

Jonathan Gilmore (Sound Technology, 2012) is up for Breakthrough Engineer of the Year. Jonathan co-produced The 1975 album Notes on a Conditional Form. He worked with the band throughout the entire writing, experimentation, demoing and production process.

Steph Marziano (Sound Technology, 2013) is among the nominees for UK Writer-Producer of the Year. Steph, who was nominated for Breakthrough Engineer in 2017, co-wrote three tracks on Paramore’s Hayley Williams’ debut solo album Petals for Armour.

Hannah Peel (Music, 2004) is nominated for UK Original Score Recording of the Year for her soundtrack to Channel 5’s psychological thriller The Deceived.

Meanwhile, Parr Street Studios in Liverpool has been nominated for Studio of the Year. Its owned and operated by another Sound Technology graduate Chris Taylor (2003).

Jon Thornton, Head of Sound Technology, commented. “We remain immensely proud of our graduates and the work they go on to do – and seeing so many of them in this year’s nominations is testament to their skill, talent and sustained hard work. These are qualities we hope we develop in students during their time with us and are so clearly evident in these achievements.”

Last year LIPA Sound Technology graduate Caesar Edmunds (2013) won the award for Breakthrough Engineer of the Year, while Tarek Musa (2011) was named Self-Producing Artist of the Year in 2017.

The winners of the 2021 MPG Awards will be announced on 10 June. More details available here.