Double-bill of A-listers at LIPA on the same day 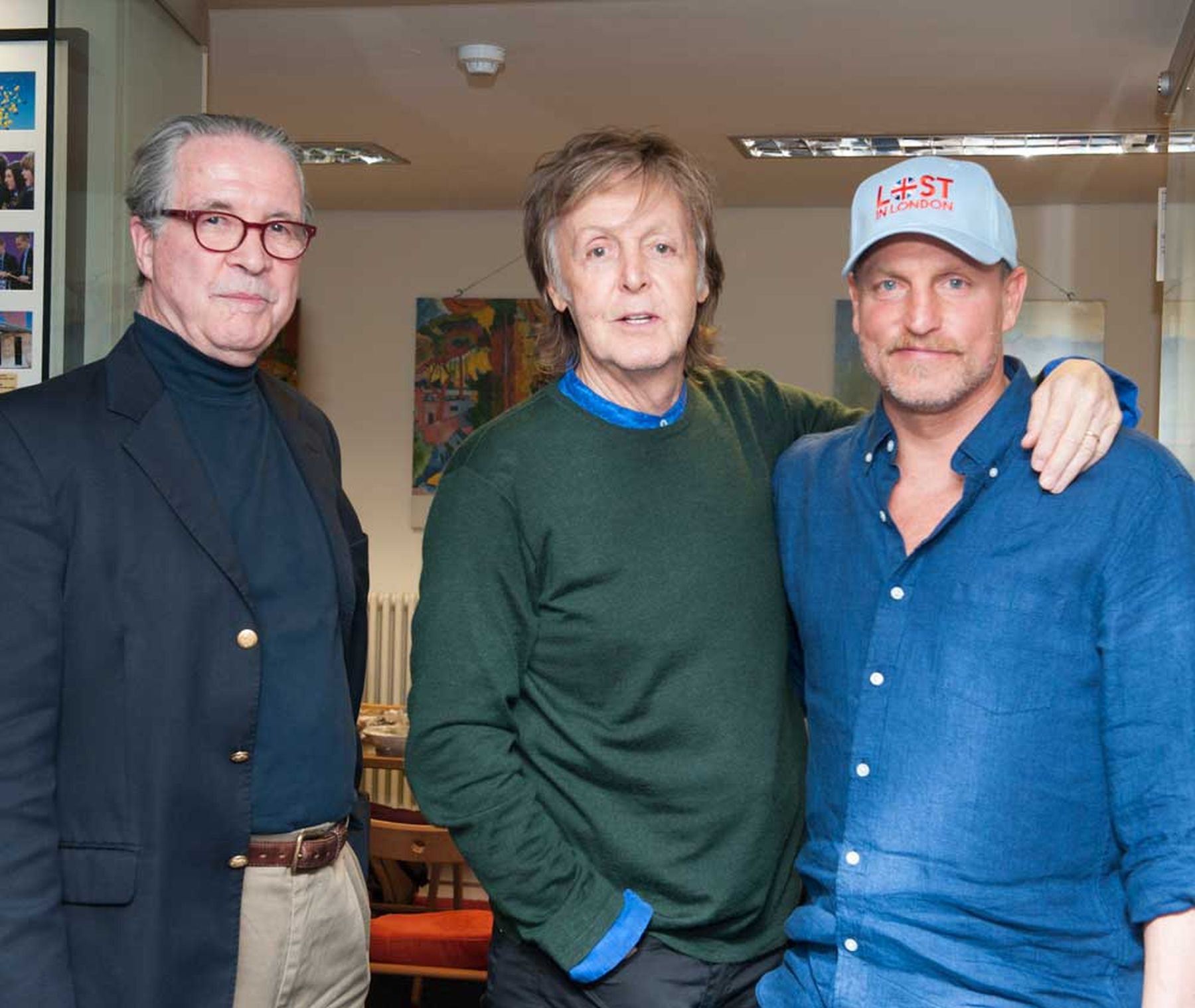 Paul - who is LIPA’s Lead Patron and a regular visitor – has recently returned from a series of concerts in Japan and is heading out on a tour of the US in July.

He held a series of one-to-one mentoring sessions with seven third year singer-songwriters on the Music degree course before taking part in a session open to all students, where they asked him questions about the music industry and his career.

Paul then joined students for a screening of Woody Harrelson’s new film Lost in London in the Paul McCartney Auditorium.

The film, which Woody stars in, was his first as a director. It was shot in one continuous take in January and originally broadcast live – as it was filmed - to 500 cinemas in the US.

After the screening, Woody took part in a Q and A with students where he discussed both the film’s content and production method.

LIPA’s Founding Principal and CEO Mark Featherstone-Witty said: “We were energised by the whole day. This has never happened here before. What an experience for students, let alone staff.”

The visit wasn’t a one-off with LIPA regularly holding masterclasses with professionals at the top of their respective disciplines.

In the past year these have included sessions with West End musical theatre icon Elaine Paige, double Ivor Novello Award winning songwriter and founding member of Squeeze Chris Difford and Olivier and Tony award winning lighting designer Neil Austin, who was part of the creative team behind Harry Potter and the Cursed Child.