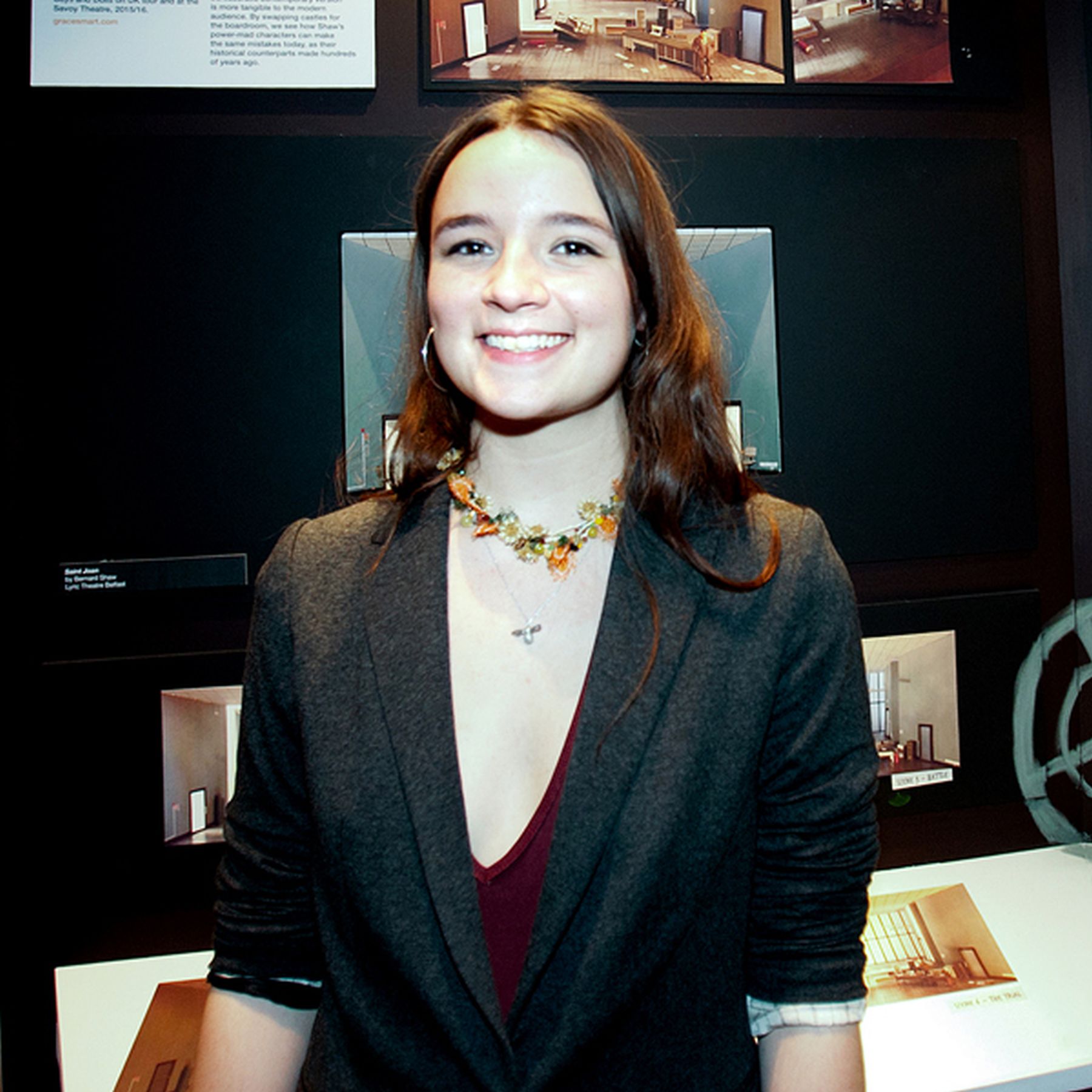 From 94 applications, Grace was selected as one of 12 finalists alongside fellow 2014 LIPA Design graduate, Frankie Bradshaw. Each of the finalists were invited to work with one of four theatres across the UK and design for a forthcoming production, with a winner selected for each theatre. Grace worked with the Lyric Theatre in Belfast and was named the winner of this category before being announced as the winner of the overall Prize.
Grace was shortlisted after submitting a portfolio of her work from LIPA. Since graduating, she has been working as an assistant and associate designer on a number of shows and as full-time assistant to Olivier Award-winning theatre designer Peter McKintosh, contributing to shows at the National Theatre, the Donmar Warehouse and in the West End.

Her designs for Saint Joan included set, costume and storyboards, and captured a contemporary reimagining of the play, which is set in the 1400s. They are currently on show alongside the designs of the other finalists at the National Theatre’s Lyttelton Lounge until 3rd January 2016.
Grace, who is 22 and from London, said: “It’s been incredibly exciting taking part in the Linbury Prize and I’m thrilled to have been picked from my category. Jimmy Fay, the director, was really collaborative and we had fun pushing the boundaries of what this script can be. Now I get to see what all those things I designed actually look like!”

The Linbury Prize for Stage Design was founded by Anya Sainsbury CBE in 1987 as a springboard for recent graduates from theatre design courses around the UK, giving applicants an unparalleled opportunity to work with professional theatre companies and to collaborate with writers, directors and technical teams at a crucial stage in their careers. The Linbury Prize for Stage Design is sponsored by the Linbury Trust, one of the Sainsbury Family Charitable Trusts.

This year’s Linbury Prize was judged by leading designers Sophie Jump, Tom Piper and Tom Scutt. Previous winners of the Prize include some of the most important stage designers working today, including Tim Hatley, Anthony Ward, Es Devlin and Vicki Mortimer. Their collective credits include extensive work for the National Theatre as well as work in the West End and on Broadway.

Ashley Shairp, Course Leader for Theatre and Performance Design, commented: “This a great, well deserved achievement for Grace and the news has created a real buzz with the current design students and staff. We have had LIPA finalists before but this is the first time anyone from here has won a category, so for Grace to do that and then be named the overall winner, we are immensely proud and chuffed!”