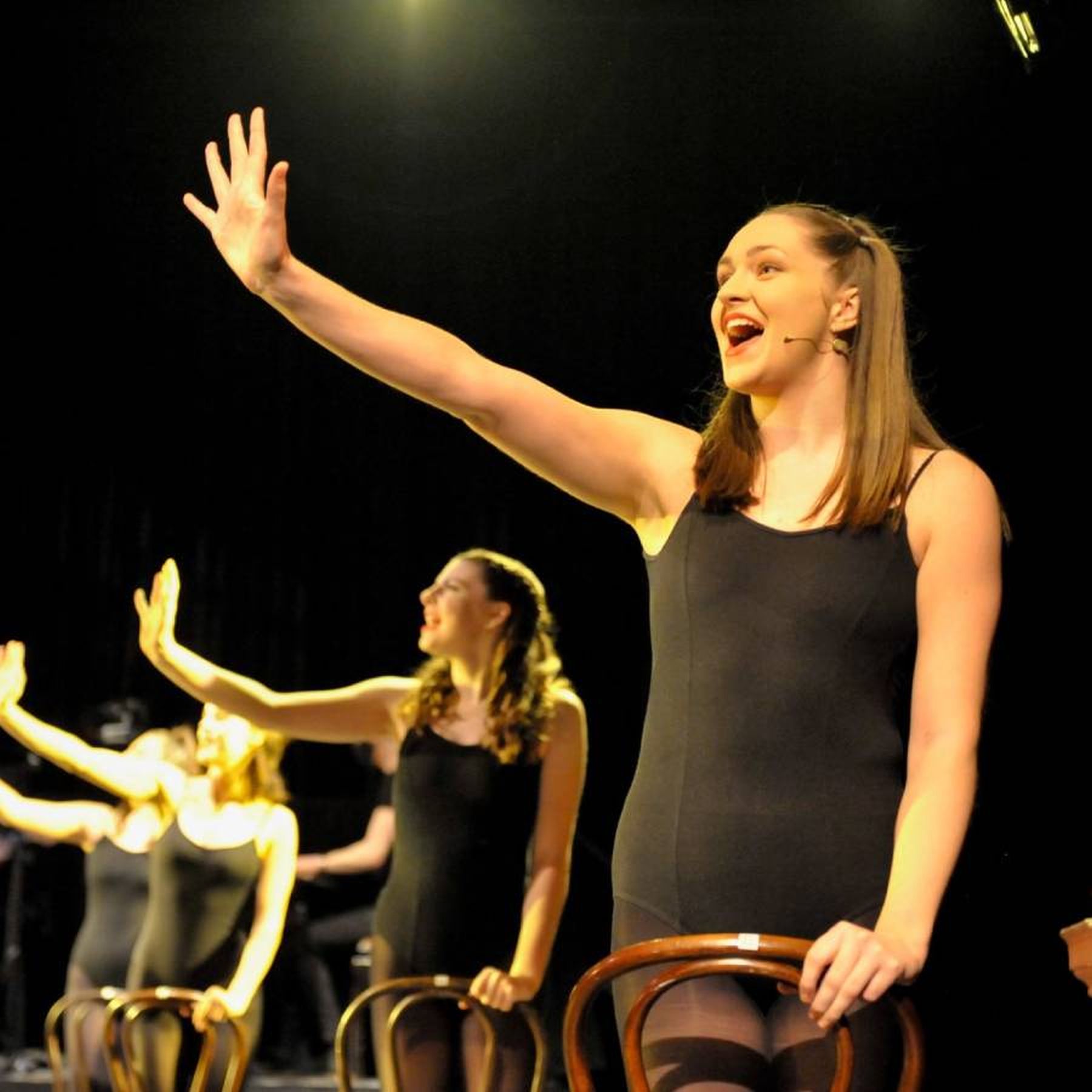 The performance of Show People in November, which was a collaboration between Dance, Music, Sound Technology and Theatre & Performance Technology students, followed a series of successfully produced music gigs and design exhibitions. Sarah E. Baker, Head of Dance, believes the institute is now well placed to deliver further COVID secure large-scale productions in 2021. She says the collective experience will be invaluable: “Each new production will create its own unique challenges, but now we have a tried and tested blueprint to work from.”

Sarah says a key difference was a much greater number of production meetings. “COVID safety touched every aspect of the performance. We kept discovering new issues that had to be dealt with, but our technical and creative teams were phenomenal.

“Throughout the process there was an insistence that this show would happen, and we would do whatever was needed.”

One of the biggest challenges was maintaining social distance backstage. Sarah says it required a lot of logistical planning. “Due to the size of the area - everything had to be timed and coordinated perfectly.

“The dancers couldn’t just wait in the wings. When they came off stage, they had to make their way down a certain corridor to a certain room and had to be back at a certain time. Also, the technicians who’d usually be based backstage were having to work from the stalls.”

The complexities of performing in a COVID secure way are illustrated by a scene that involved the dancers using chairs as part of their performance. Sarah explains. “When one group had used the chairs there then had to be a whole production line backstage of technical students sanitising them and placing them ready for the next group of dancers.

“It had to be done in a certain amount of time and the chairs placed in a way that they could be collected without the dancers being too close to each other.”

Third-year Theatre & Performance Technology student Georgia Evans was stage manager on Show People. She says collaboration was key. “I think this show would have been much harder to put on if we hadn't have done it as a team.

“I feel proud of what we managed to achieve by being flexible with our roles and avoiding the ‘that's not my job’ mentality. The most important thing I learnt from this process is to ask questions, and to support and help each other out.”

Staged in the Paul McCartney Auditorium, Show People was a series of performances featuring material from different musicals. It replaced the usual performance of a musical in its entirety. Sarah believes the change had its advantages. “Because we weren’t limited by casting and principal characters, everyone had a chance to shine.

“The students were completely on board with what we were doing. There was real excitement from everyone involved, just to be back in a theatre creating a performance.”

Since Show People, students and staff have also successfully staged the annual LIPA Christmas Concert in the Paul McCartney Auditorium and a series of music gigs were performed and filmed by Creative Technology & Performance students in the Sennheiser TV Studio.