Blackadder reunion as two comedy legends are made LIPA Companions 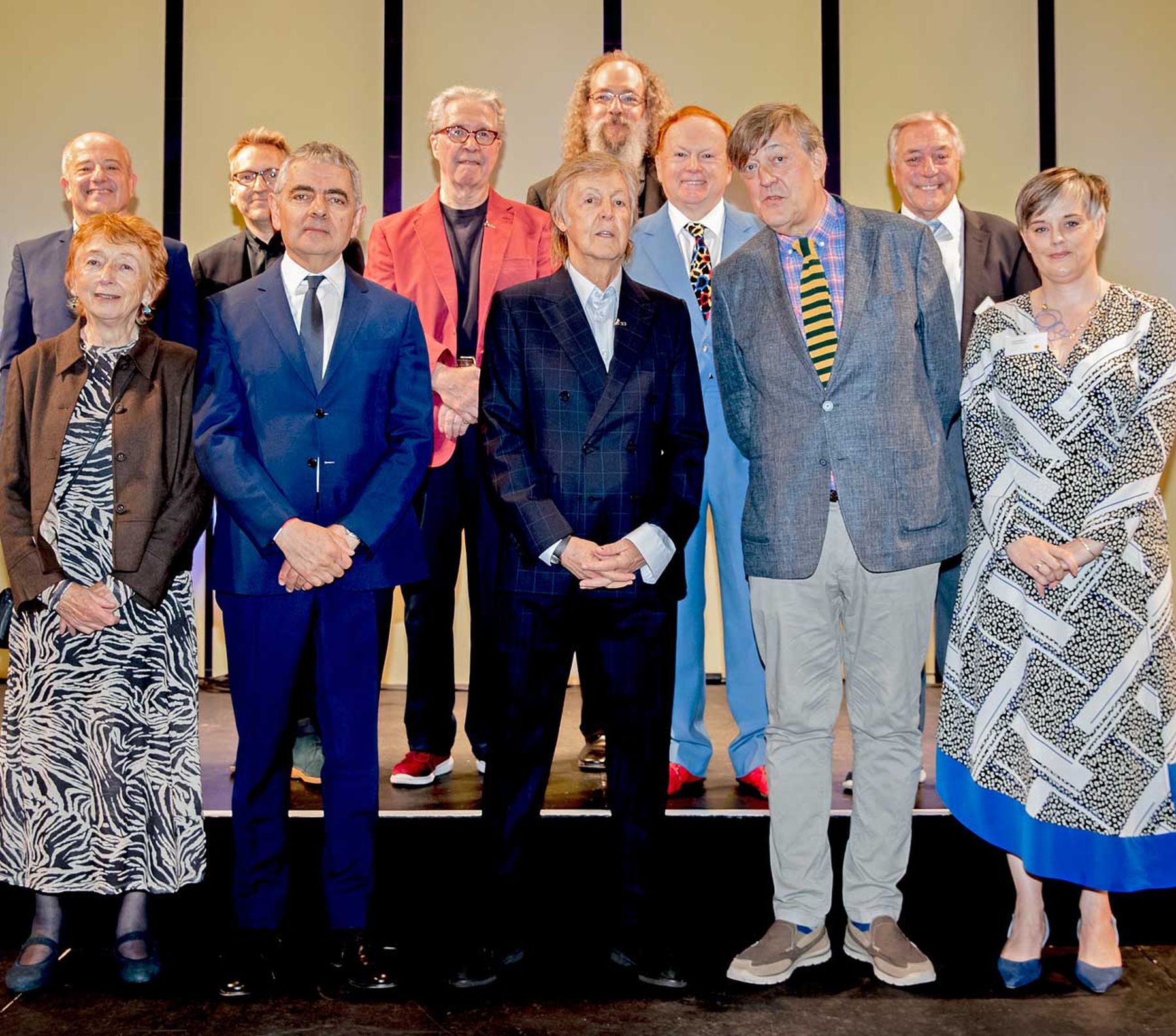 Rowan co-created and starred in Blackadder and Mr Bean and has a successful film career, which includes three Johnny English movies. Stephen, who also appeared in Blackadder, is a former presenter of comedy quiz QI. His film credits include Wilde and two of the Hobbit films, The Desolation of Smaug and The Battle of the Five Armies.

Cliff Cooper, CEO and founder of Orange Music Electronic Co. Ltd, was made an Honoured Friend of LIPA.

Around 260 students from 25 different countries (including a wide range of European countries plus Canada, Hong Kong, India, Japan, South Korea, Norway and the United States) graduated at the ceremony having completed either degree or foundation certificate programmes.

Paul McCartney said: “I meet LIPA graduates all over the world when I’m on tour. I also have two in my band. I tried once to keep hold of a sound guy, but couldn’t. I wasn’t fast enough; he went out with Coldplay.”

LIPA is located in Sir Paul McCartney’s old school, the Liverpool Institute for Boys, which underwent a multi-million-pound renovation to turn it into a state-of-the-art performing arts higher education institution. It was founded by Sir Paul and Mark Featherstone-witty and opened in 1995 with the aim of providing the best teaching and learning for people who want to pursue a lasting career in the arts and entertainment industry, whether as performers or those who make performance possible.