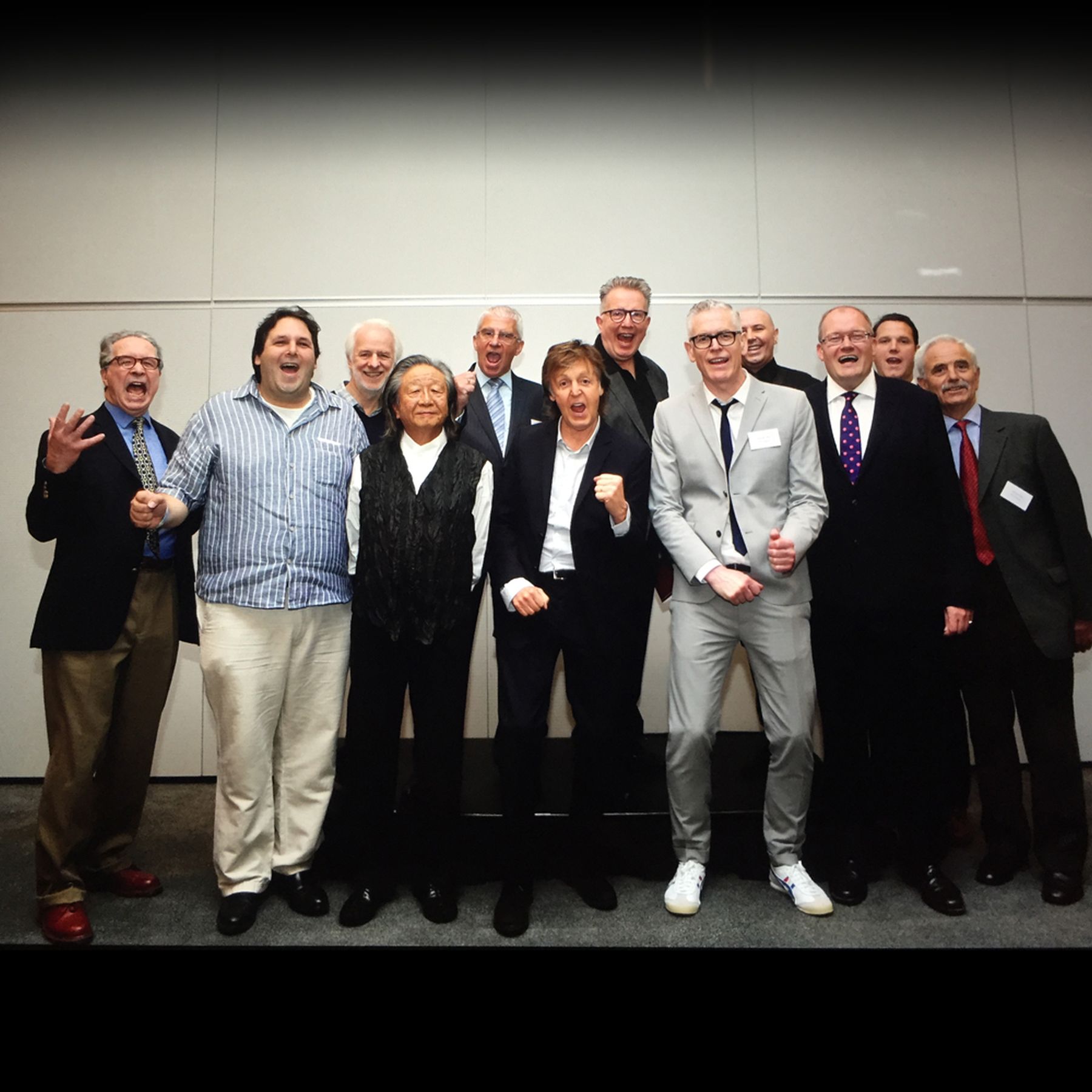 First finding fame as the frontman of the Tom Robinson Band, Tom has become a revered champion of new music. He has presented programmes on all of the BBC’s national radio stations and picked up two Sony Gold Awards along the way.

Darren Henley has been chief executive of the Arts Council England since April 2015. His independent reviews and contributions to government advisory boards on the topics of music and cultural education led to new initiatives to engage young people in music and the arts. In 2013, he was awarded an OBE for services to music.
They were among eight luminaries of the arts and entertainment world to receive the accolade from LIPA’s co-founder Sir Paul McCartney at the Institute’s annual graduation ceremony.

They were joined by the co-founder of the Menier Chocolate Factory, David Babani, founder of dance agency Dancers Inc., Christopher Manoe, artistic director of Slung Low theatre company, Alan Lane, theatre sound designer, Christopher Shutt, music producer and sound engineer Martin Levan, and professor of theatre for development, Tim Prentki. The actress Greta Scacchi was unable to attend due to work commitments but was also awarded a companionship – with her speech read out by LIPA Companion Nickolas Grace.

Tetsuo Hamada, who has supported the Institute from its first auditions in Japan 20 years ago, became an Honoured Friend of LIPA. He was joined by Paul Whiting, former president of strategic collaborations at Sennheiser, who throughout his career supported LIPA by providing equipment and opportunities for Sound Technology students.