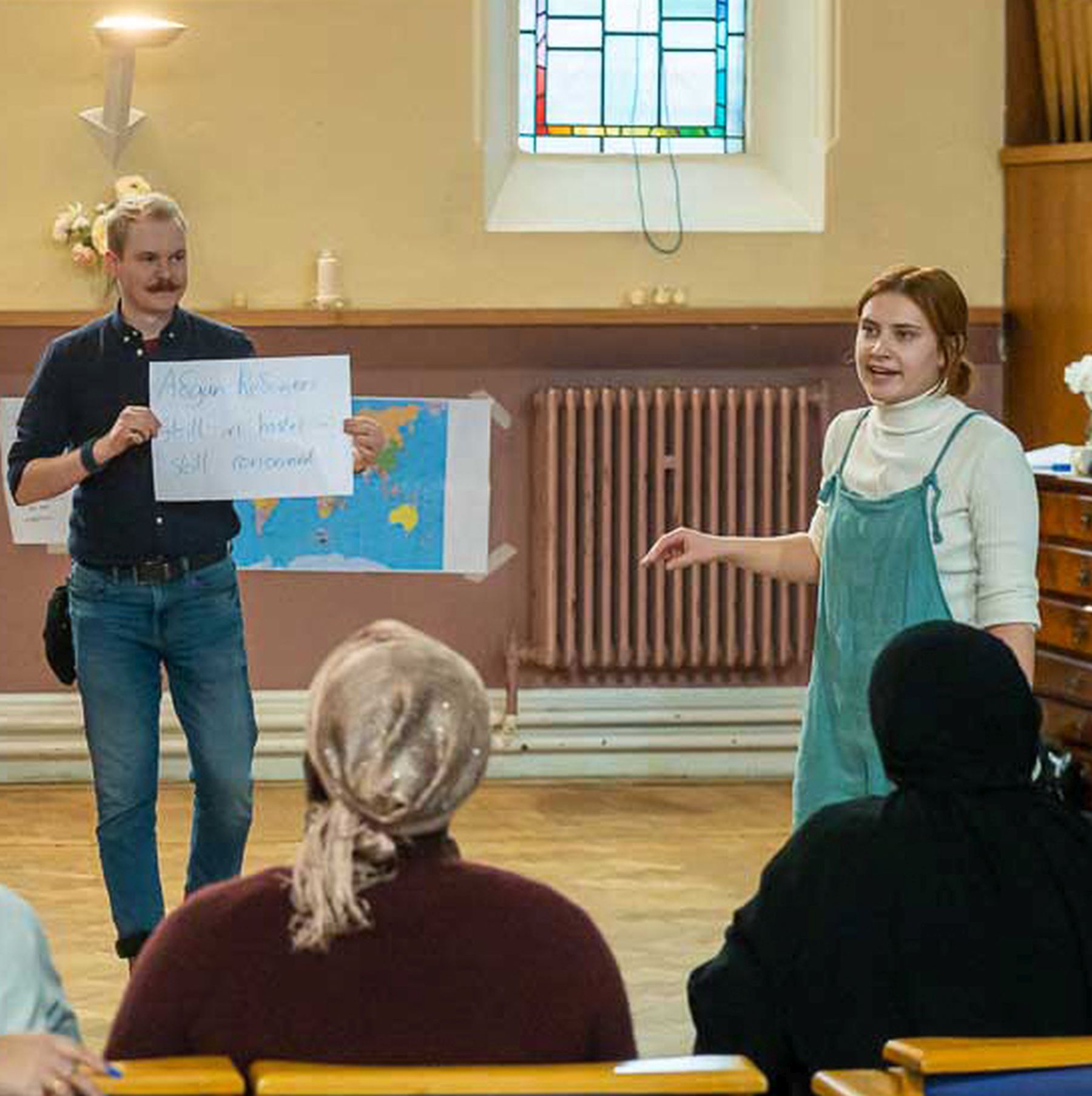 Applied Theatre & Community Drama students at the Liverpool Institute for Performing Arts (LIPA) have secured free mobile phones for a group of refugees and asylum seekers, as part of their third-year Theatre for Democracy module.

A group of students worked with Wirral-based charity Heart4Refugees. Over 10 weeks they facilitated a performance that provided a platform for asylum seekers in the Wirral community to present their concerns to an invited audience of local councillors, funders and stake holders.

Following the performance, the students, Lottie Lazenby, Jake Davies, Alessia Naccari and Olivia Jane organised a meeting with the charity Migrant Help. One of the outcomes was a donation of 30 mobile phones. Lottie Lazenby says it was a significant achievement. “A phone for an asylum seeker is a lifeline. It’s a way of making sure your family back home is still alive. It’s a way of ensuring you’re getting your appointments and notifications as you go through the asylum process.

“It is an immediate and measurable outcome. It was one of the big successes of the project.”

As part of the facilitation process the students ran workshops, using music, drama and games as ways of discovering areas of concern. Lottie explains. “It took a long time to reassure the participants that the workshop sessions were a safe place to express their opinions. It was about building trust and encouraging them to share their stories”

Through these sessions an overarching theme of mental health and access to help emerged. Lottie says it was understandable. “Many of the participants have had traumatic experiences”.

The performance in December, while acknowledging the circumstances that led to the participants seeking asylum, focused on the impact on mental health of the practical day to day realities of life as an asylum seeker. This led to a discussion of tangible actions such as communication and transport – actions that fall within the remit of the decision makers involved in the performance.

After the performance the students made a formal presentation to Wirral Council in January. Lottie says it was a chance for them to reflect on the 10 weeks and then try to make a difference. “It was an opportunity for us to say to them, this is what we’ve learnt, and this is what you can do to help.”

One of the practical solutions they suggested was subsiding public transport to help with accessing essential services. Lottie says it would help them to become independent. “Asylum seekers live on £5 a day and a return bus ticket is £4.80. That’s very limiting when you’re trying to plan your life.” The students are now waiting to hear back from the council about this and their other proposals.

The Theatre for Democracy module is just one example of Applied Theatre & Community Drama students working with community groups, charities and educational organisations. This work is an integral part of their studies over the three years. Lottie believes it’s a great way to learn: “It’s the best part of the course, getting to do that work while being mentored and guided, and it’s really well paced so you’re not thrown in at the deep end.

“Now I am initiating my own projects and running workshops with asylum seekers. I have a supervisor but they’re not constantly checking up on me, it’s down to me now. No way would I have thought I’d be doing this three years ago.”