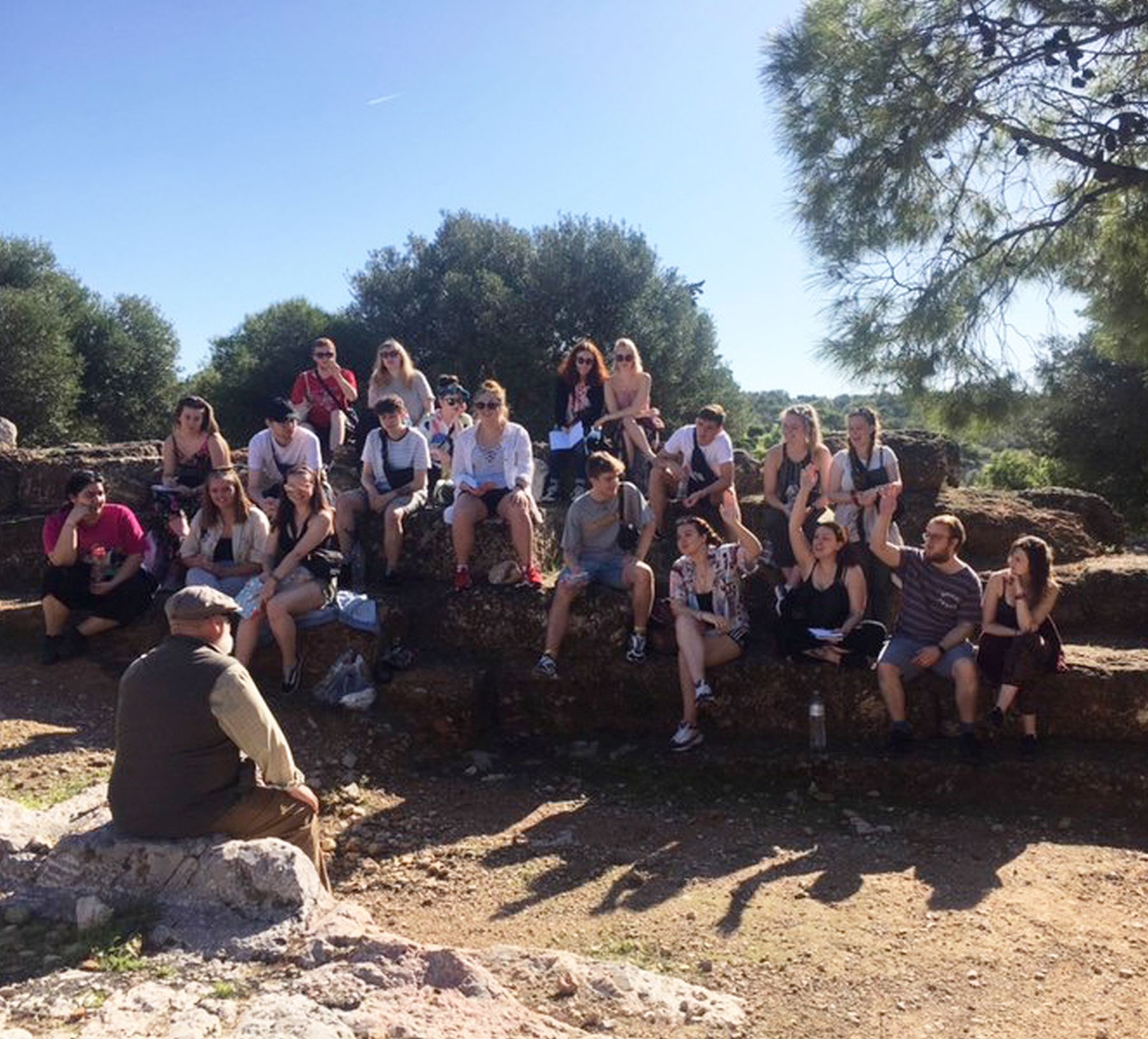 The third years were in Athens as part of a course trip, with students given the opportunity to work with children from Syria, Afghanistan and the Caribbean.

Nahren Neno was with some of the youngest children. “They really got into it. We’re not going to change the world with a drama workshop, but it can make a difference.

“If they feel they had a good time or it’s helped to build their confidence, or they’re just enjoying it – then that is making a difference.”

Each year third year students visit Athens as an introduction to working internationally. Head of ATCD Brendon Burns explains. “It’s not uncommon for practitioners to work in many different countries.

“This trip gives students experience of working in multi-language situations. They get to apply everything they’ve learnt in a completely different environment.”

ATCD students start to gain practical experience from their first year, working directly with different community groups. Nahren says it’s the most rewarding part of the course. “In our second year we did a project where we brought together five community groups to put on a performance.

“They were all from the same area but wouldn’t have met and got to know each other if we hadn’t brought them together.”

By the third year the students are working more independently, with the Athens trip being an example of this. Nahren says. “We have done a lot of facilitation training with people who are experts, and although you are always learning, we’ve got a really good foundation of skills.

“I do feel now I would be able to walk into lots of different situations and get something out of a group, even if they’re not feeling it.”

When she started the course Nahren’s aim was to become a drama teacher, now – inspired by her time at LIPA – she doesn’t want to restrict herself to one role. “The course has made me change what I want to do.

“I want to work with refugees, with schools, with women of colour, with older people’s groups. It’s opened my eyes to how many things I can do.”

Image: ATCD students at the ruins of the Ancient Athenian Assembly discussing their plans for workshops