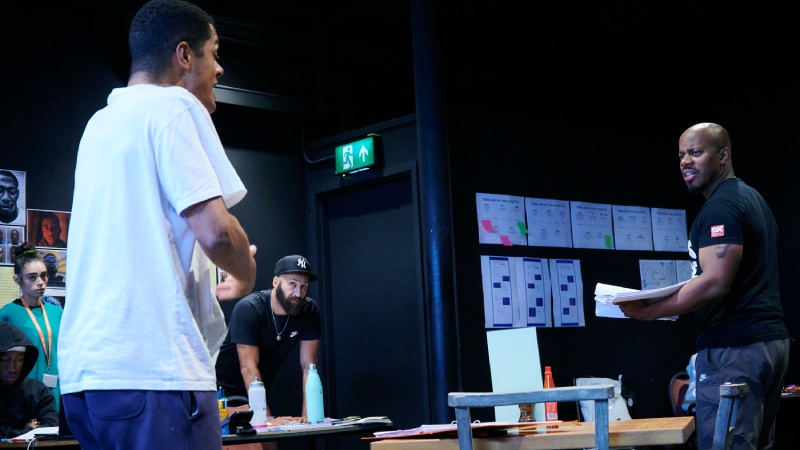 Liverpool Institute for Performing Arts (LIPA) graduate Jay Zorenti-Nakhid describes directing the world premiere of Revealed as a “highlight of my career to date.”

Revealed, a ‘thought-provoking drama focusing on racial and generational tensions,’ was staged at Tobacco Factory Theatre Bristol, where Jay (Applied Theatre & Community Drama, 2013) is associate director. The production was critically acclaimed, with The Stage giving it a four-star review and praising Jay’s direction for ‘teasing out the lighter moments among the weighty themes.’

We caught up with Jay to chat about the production, his decade since graduating from LIPA, and what’s next for this talented alumnus.

In 2023 it will be 10 years since you graduated from LIPA. Could you say what you’ve taken with you from your time studying, through to now?

‘10 years! Wow! Seeing that in writing is really scary! I can honestly say I have taken so much from the Applied Theatre & Community Drama course.

It gave me the fundamentals of my practice in facilitating and directing, a base level of understanding that allowed me to grow and shape a philosophy of working, that ties into my personal ethics.

Also, some really practical things, like working on multiple projects simultaneously and facilitation technique, which I still think is undervalued in the theatre industry at all levels.

The course also allowed me space to grow and taught me to think about the bigger picture and really interrogate the need for a piece of work/project to exist.’

What was it like directing Revealed? In the trailer you say the play is a ‘call to action’, what does that mean for you?

‘Directing Revealed was honestly a highlight of my career to date. I was able to build a team of collaborators around a philosophy of real kindness and collaboration, which meant our rehearsal process felt very open and fluid, where people could just be their best creative selves across all areas of the production.

The play grew out of a need for a specific conversation about black men and the fact that in the UK Black people are four times more likely to be detained under the Mental Health Act than White people, so the play was a call to action in that sense, to interrogate it on a social and personal level through the lens of one family.’

What’s next for you?

‘Good question! My role as Associate Director ends at Tobacco Factory Theatre in March 2023 so I have some freelance projects lined up, a couple working with young people, and I will be working as a Mentor Director for the National Theatre Connections program, which means I get to meet lots of theatre groups across the country and provide support for their productions.’

You can read more about the production of Revealed, and its reviews, here.