A Matter of Life and Death promises to be different 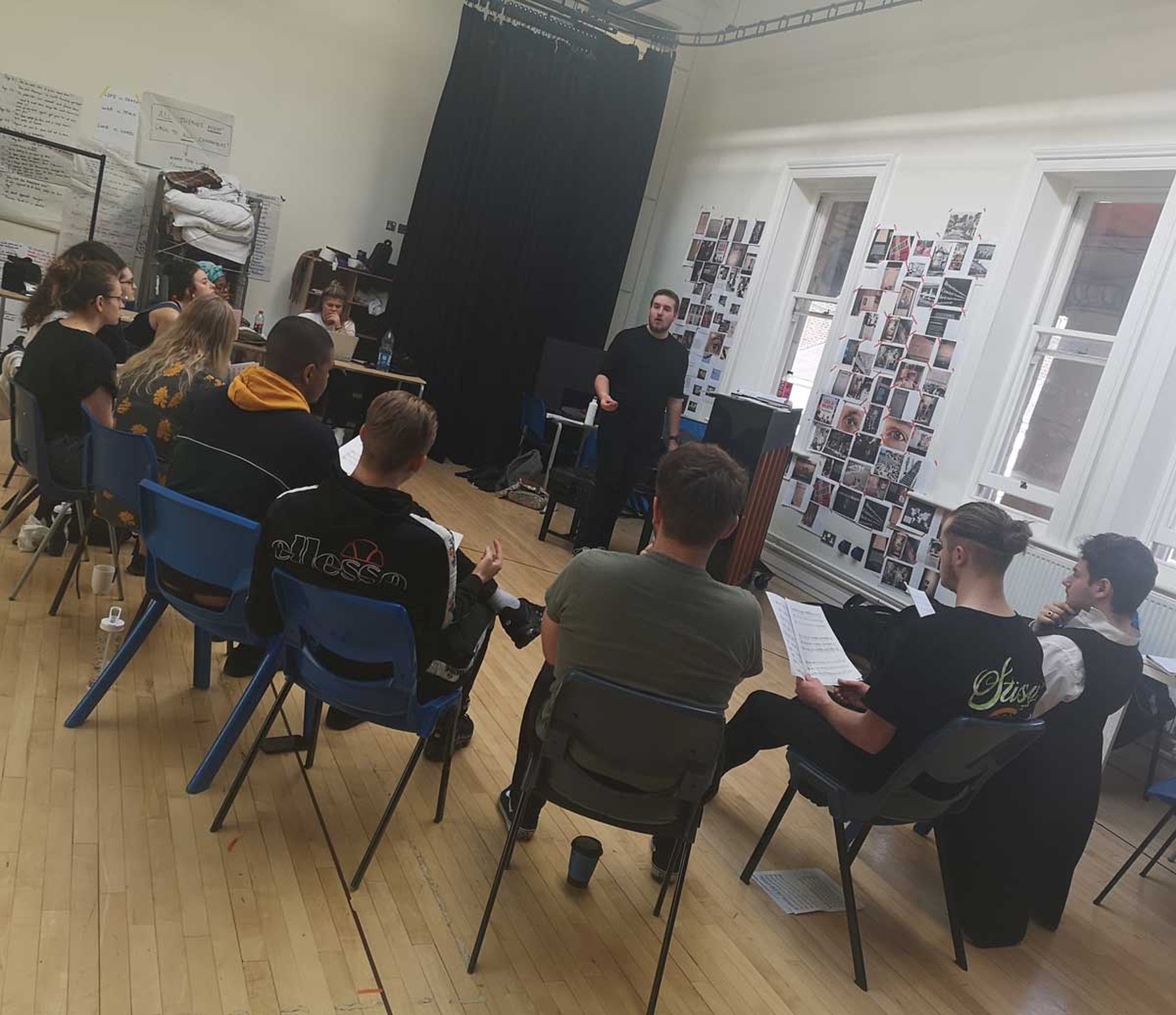 A Second World War fantasy-romance, A Matter of Life and Death is directed by James Baker. It is the story of an RAF airman who miraculously survives bailing out of his aircraft only to find himself in the ‘Other World’ where he must fight his case to stay alive in the Universal Court of Appeal.

There will be four performances between March 21 and 23. Third-year Acting student Greg Jones plays the part of airman Peter Carter. “Each one will be different, with the drama and the emotions of the whole production shifting with each different ending.”

The production also features original music and songs, but it is not a traditional musical. Greg explains. “It’s scored in the way a film would be scored. It feels like you’re watching a film being created in front of your own eyes. It just adds to the wonder of it.”

Third-year Music student Adam Handford is the production’s Musical Director and Composer. “Because it’s a period piece we could stay true to the music of that era, but I didn’t like the idea of doing a full-on 1940s theme, it seemed too restrictive.”

Instead Adam decided to go for a simpler, more direct approach. “I wanted to keep the orchestration fairly minimal, so we have a three-piece band. The energy comes more from the voices than the band.

“The music itself is a mixture between traditional and contemporary. There’s a nod towards modern folk (Mumford & Sons were an influence) but it’s also quite choral.”

Adam describes the music as honest and, “hopefully emotional.” Greg believes he’s achieved that. “There have been moments in rehearsals where people have been in tears.

“There was a scene and Adam started playing – and it was the first time we’d heard the music – and after just the opening notes, I was gone.”

A Matter of Life and Death will be the last public performance at LIPA for Greg Jones before he graduates. During rehearsals he was told he was one of just five actors to be awarded a Carleton Hobbs Bursary, which means he’ll be joining the BBC Radio Drama Company in July on a five-month contract. “I feel incredibly privileged to have been chosen and I still feel overwhelmed by it.

“It’s very exciting knowing some of the people we’ll get to work with and the opportunities it could bring.”