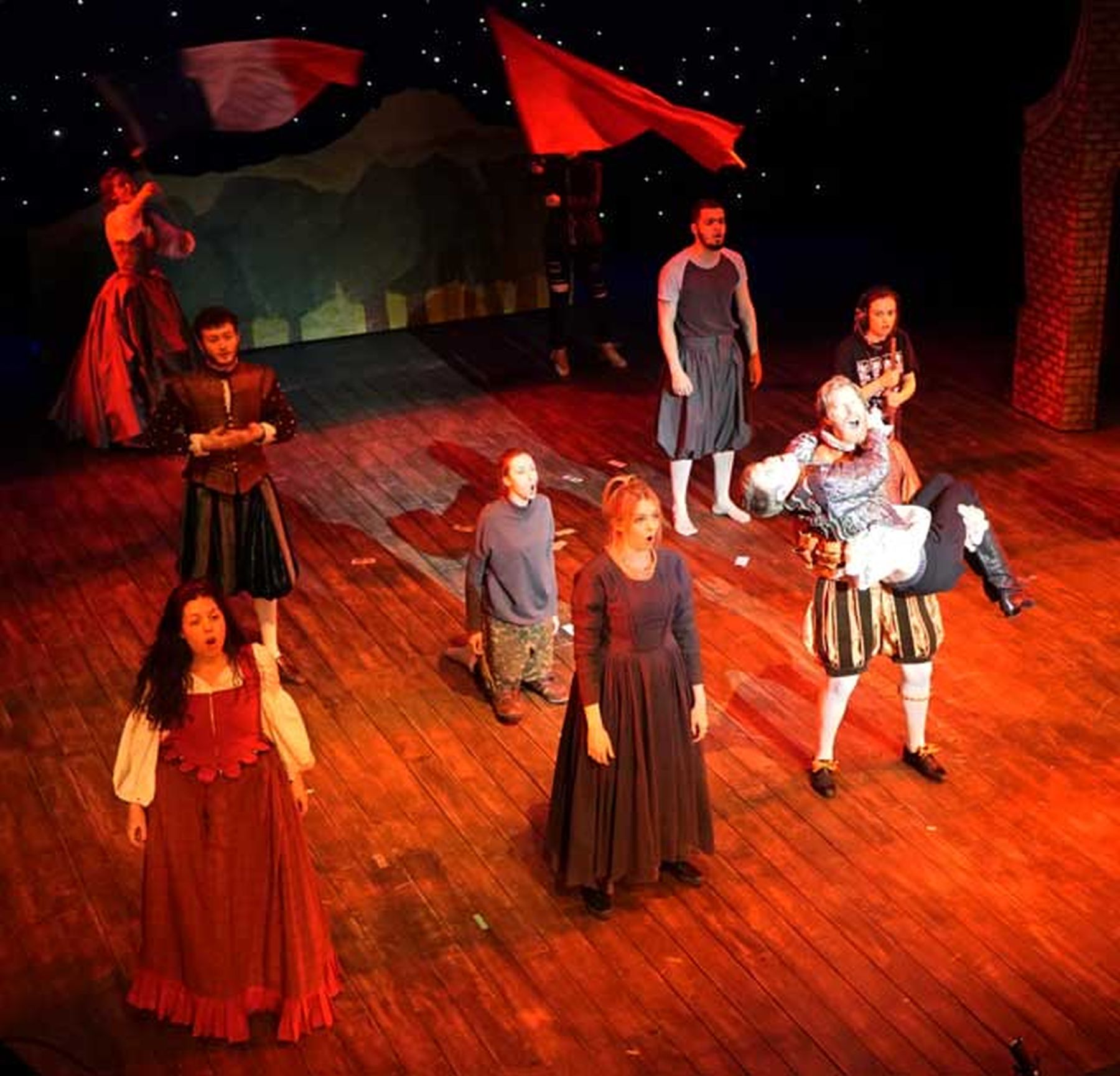 The production, featuring third-year Acting students, is a new adaptation of Francis Beaumont’s 1607 comedy The Knight of the Burning Pestle and features a play within a play. Nicolai Suphammer, who plays Venturewell, explains. “It’s a group of actors trying to put on a play and three members of the audience get involved and hijack the play and change the plot.

“We’re playing actors, playing characters - who are then reacting to what audience members are doing in the play.”

The play within a play has been testing for the cast. “Our brains were melting sometimes as we tried to figure out who we are and where we are,” admits Nicolai.

Despite these challenges, Sam Birch, who plays Humphrey, doesn’t think it’ll be difficult for audiences to follow. “I’d describe it as simple yet complicated – but not confusing. And it is very funny. It definitely has the feel of an episode of Monty Python’s Flying Circus.”

Performed in the Paul McCartney Auditorium, this new adaption is directed by visiting professional director Rachel Heyburn and written by LIPA’s Head of Acting Will Hammond. The original farcical elements of the play are taken to new uproarious levels along with the addition of contemporary characters and references.

For the third-year Acting students The Night of The Knight of the Burning Pestle will be their final public performance at LIPA before they graduate. Nicolai says they feel ready for the next stage of their careers. “In your third-year you’re treated as a professional and you’re expected to perform and behave as a professional – not a student.”