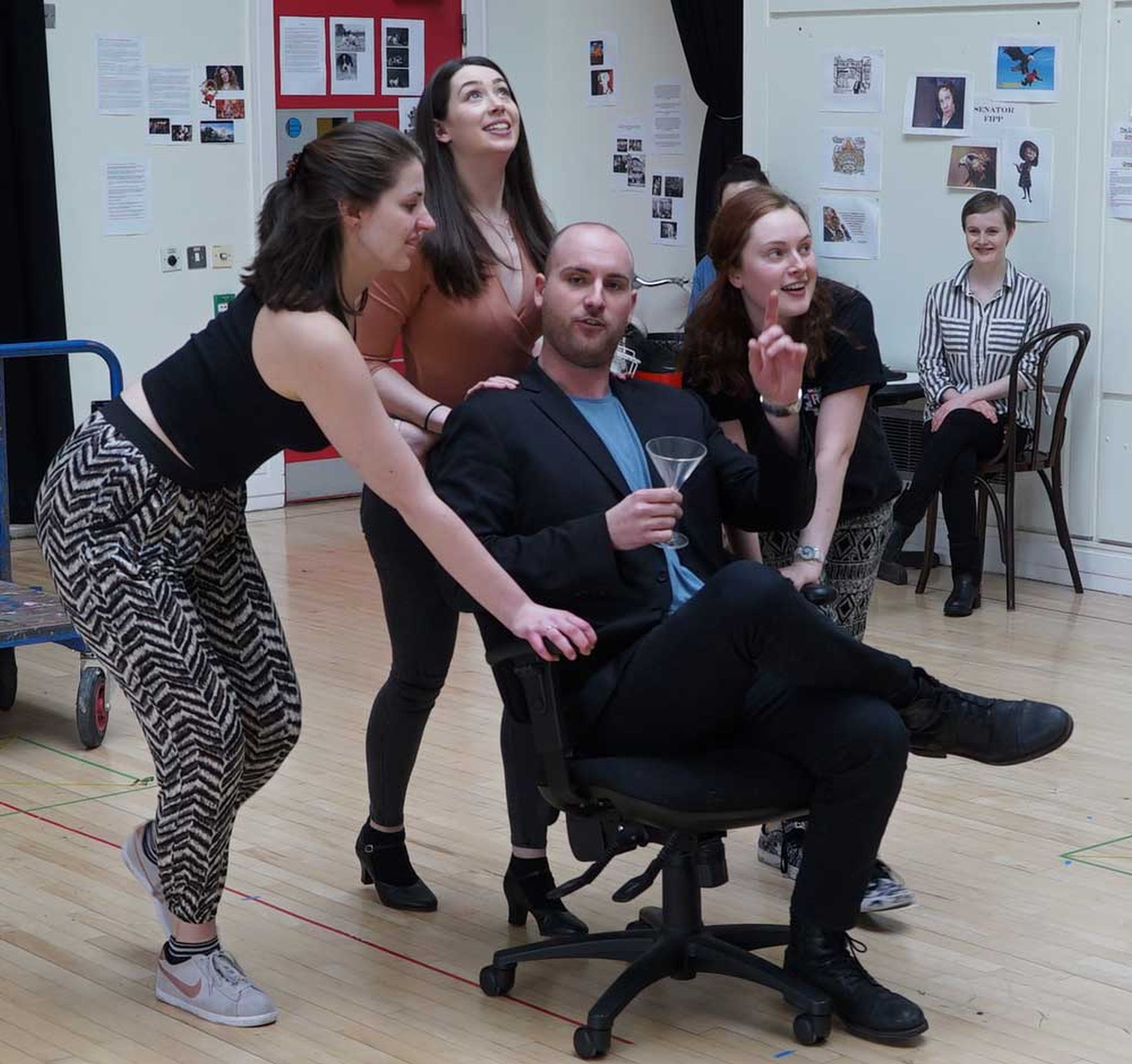 The satirical show was written in 2000, but Martin Parr – who’s directing this latest version with third year Acting students – believes in the current political climate, many will feel its subject matter has never been more relevant.

“This is about a man in charge of an administration who uses his power, shall we say, unwisely,” explains Martin. “There are also lots of references to climate change and poverty.”

Urinetown, which opens in the Paul McCartney Auditorium on 16th March, is set in the not too distant future where a 20-year drought has caused a water shortage so severe private toilets have been banned with only the privileged few allowed to pee for free. Public amenities exist, but at a price.

The political themes of Urinetown, and the way it even manages to send itself up, may be what makes it stand out, but its appeal is more universal. “It’s very funny, the script is brilliant and the music is glorious,” explains Martin. “You’ve a big gospel number, a big tap dancing number, you’ve got some soppy romantic songs, big rousing choruses. You’ll have a good laugh and you may be politically jolted.”Urinetown moved to Broadway in 2001, winning three Tony Awards and was praised for reinvigorating the very notion of what a musical could be. Third year acting student Stephen Smith plays the part of Bobby Strong - who leads the revolution against corporate conglomerate Urine-Good Company - he agrees that it’s different to other musicals. “Most of the stereotypes you’d expect in a musical are there, but are twisted on their head by the end of it.

“Anyone who’s expecting the jazz hands, happy clappy musical will probably come out feeling very different and surprised, but in a good way.”

The show will be the last major production for the third year students and as well as working with an experienced professional director - Martin’s been nominated for two Off West End, Best Director Awards - the show has been musically directed by Ros Jones – whose credits include Matilda for the RSC and The Sound of Music at the London Palladium.
“This is professional standard, this is their last production here,” said Martin. “They are professional performers just waiting for their first job.”

Isabella Rubin plays the part of Hope Cladwell, she said she’s not apprehensive about leaving LIPA. “There are so many opportunities for women that probably weren’t there 10 years ago, a lot of casting’s being flipped on its head.

“I feel the industry I’m moving into is an open place for a lot of people, and I believe theatre can make a difference and can change lives.”

As well as it being an exciting time to be an actor, Isabella believes she and her fellow cast members are well prepared to life as professionals. “LIPA doesn’t produce actors, it produces inspired creatives that just want to make work.”