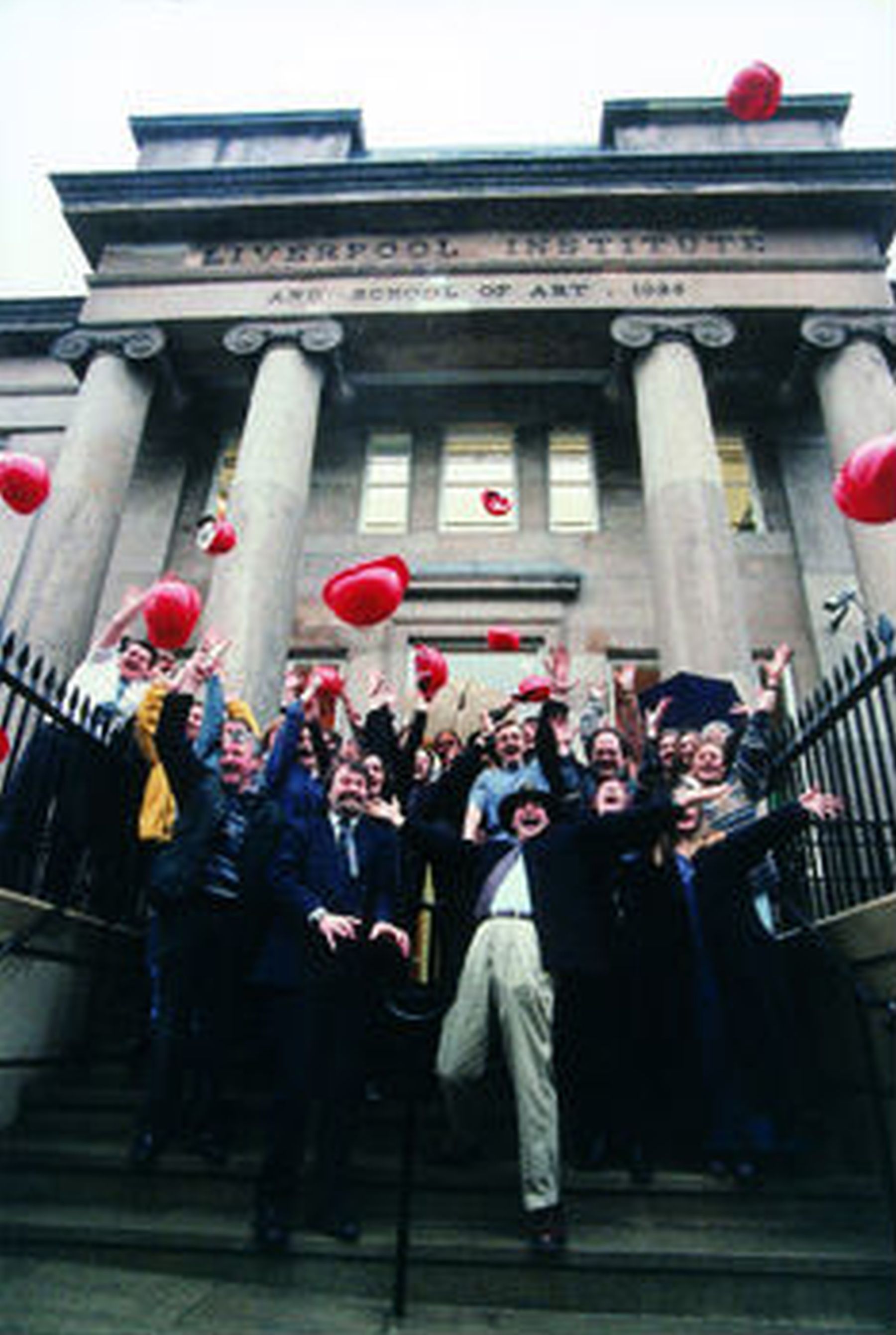 Meanwhile, during preparations for his Liverpool Oratorio in 1992, Paul McCartney visited his old school, The Liverpool Institute for Boys. Seeing the building’s state of disrepair – the school had closed in 1985 – Paul vows to save it. A mutual friend, George Martin, introduces Mark to Paul. Together they start to draw up plans for the creation of The Liverpool Institute for Performing Arts, based in Paul’s old school.